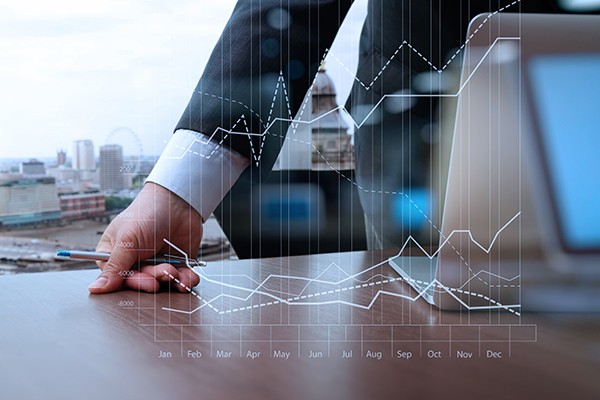 
Kyndryl Holdings
,
which was spun off last week from IBM, is off to a rocky start as a public company, a Wednesday gain notwithstanding.

Kyndryl (KD) is a leading player in the IT managed-services business, running data centers and other IT operations for more than 4,000 customers. Kyndryl has 90,000 employees and dominates the sector. The company had $19.1 billion in revenue in 2020 on a pro forma basis, about twice the size of rival

(DXC), according to a presentation Kyndryl prepared in connection with the spin, with a bigger edge on rivals like

Kyndryl CEO Martin Schroeter told Barron’s last week that he views the company as a “$19 billion start-up” that is reconfiguring its business to be more relevant in a world in which more and more IT workloads are shifting to the cloud and away from traditional data centers. His view is that the spin frees up the company to reposition itself for growth, using M&A and internal development to adjust its business mix to meet the changing environment. And he argues that the separation from

frees the company to partner with companies who had competed with IBM in software and consulting.

But Kyndryl is having trouble finding a natural audience. After trading as high as $52 in “when-issued” trading ahead of the distribution of Kyndryl shares to holders after the close of business on Nov. 3, the stock has been dropping like a stone. Kyndryl opened for trading on Nov. 4 at $28.41 and has ratcheted lower every day since.

At the current price, Kyndryl has a market cap of just $4.4 billion. Include its $1.2 billion in net debt, and you get an enterprise value of $5.6 billion, which at least on the surface seems absurdly cheap. But there are reasons investors are shunning the stock.

For one thing, keep in mind that IBM (IBM) is attractive to investors in part for its 5.3% dividend yield, the richest payout of any of the

Dow Jones Industrial Average
stocks, and one of the highest yields in the

IBM said before it completed the spin that the combined dividend payout of the two companies would match that of pre-spin IBM. While that is true, it turns out that all of the yield is coming from IBM—Kyndryl doesn’t intend to pay a dividend or to buy back stock, targeting any excess cash to invest in returning the company to growth. So anyone who owns IBM for the yield isn’t likely to keep their Kyndryl shares.

IBM maintains a 19.9% stake in Kyndryl after the spin, but has vowed to swap the stake for outstanding debt at some point in the next 12 months—a stake that at least in theory could eventually find itself sold into the public market, creating an overhang for the shares.

Kyndryl appears cheaper on most metrics than DXC or other rivals—for instance, the stock trades at 0.24 times projected 2021 revenue, while DXC trades for about 0.5 times projected revenue for its March 2022 fiscal year. But for investors, there’s little incentive to own a shrinking IT services company without a dividend yield. Short of the emergence of some bottom-fishing private-equity buyer who could revamp the company out of sight of the public markets, Kyndryl shares have few obvious near-term catalysts.

Why Russia Is Refusing To Send Europe More Natural Gas

Lucid Motors To Become One Of Biggest New EV Stocks After...

The Most Exciting Mining Play Of 2021?