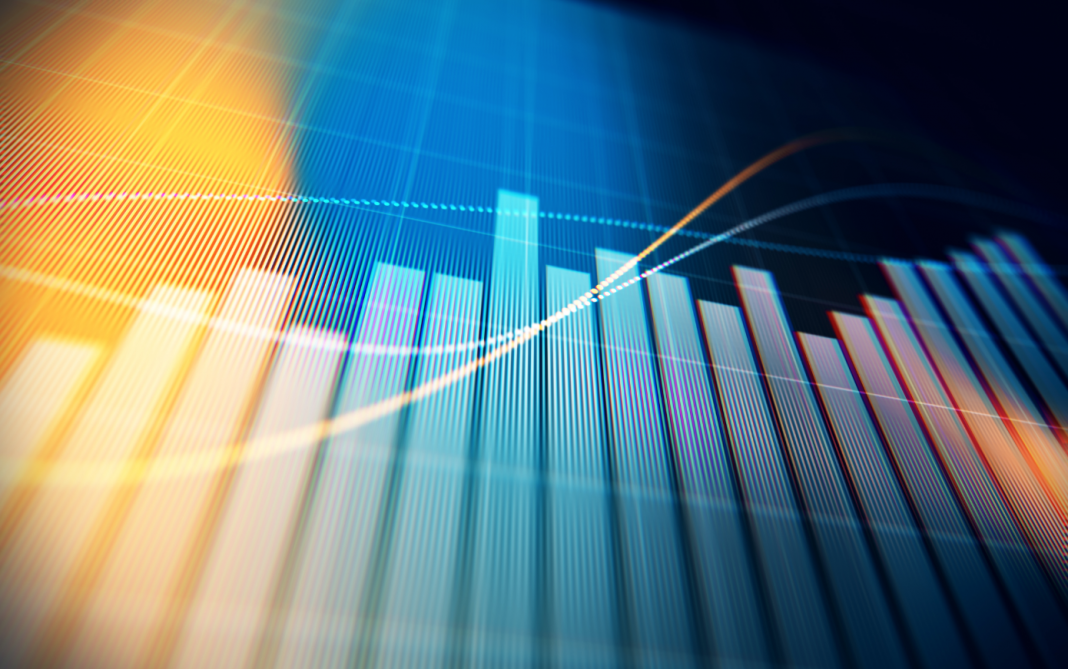 shares plunged a day after the company issued third-quarter results and forecasts that missed Wall Street estimates on several measures.

PayPal did announce one big positive—a deal with

(AMZN) to offer its Venmo payment service at the online retailer’s checkout, starting next year. The company also said that

(WMT) is offering PayPal as a payment method, and that GoFundMe added PayPal at checkout, with Venmo to follow.

Yet investors appear far more focused on PayPal’s lackluster growth forecast and other metrics that failed to impress. The company is now targeting 18% revenue growth in 2022, slightly below prior forecasts, and its five-year forecast is now hinging on faster growth in the latter few years, disappointing investors who were looking for stronger near-term guidance.

It’s the latest sign that payment stocks have fallen from grace. Companies in the sector have delivered a mixed bag of quarterly earnings and forecasts.

(V) issued a lower-than-expected outlook in its report.

‘s (MA) results largely met forecasts. Others in the sector, including

(GPN), issued underwhelming reports, prompting cuts to price targets among analysts on Wall Street and pushing their stocks down.

PayPal, Square, Visa, Mastercard, Fiserv, and Global Payments are now all trailing the

Nasdaq Composite
this year. One of the few winners in the sector is

(AFRM), thanks in good measure to its own deal with Amazon to offer its “buy now, pay later” service at checkout.

An introductory email series providing expert guidance on how to get started — and succeed — investing.

PayPal appears to be suffering on several fronts. One is the continuing loss of payment revenue from a severed partnership with

(EBAY), which continued to drag down results. Other headwinds, the company said on its earnings call, include supply-chain shortages in its merchant base, weaker consumer confidence in the absence of stimulus payments, and a bounceback of in-store shopping with the economy reopening.

“Almost all of these issues are temporal, and consequently we expect our revenues will accelerate throughout next year and we remain confident in our medium-term guidance,” CEO Dan Schulman said on a call with analysts.

(PINS), putting another large deal on its plate. PayPal has said it’s not pursuing a Pinterest merger “at this time,” but investors may not be convinced. The payments space has been consolidating, with Square planning to buy Afterpay. Payment-processing companies have also spent the past few years making a series of mergers and acquisitions.

While PayPal disavowed the deal, “the damage was done,” writes MoffettNathanson analyst Lisa Ellis. The concern is that if it’s not Pinterest, PayPal will look for another large-scale acquisition, she writes. And if the underlying business really is slowing, investors worry that PayPal may be more willing to consider large deals to charge up growth.

PayPal executives reiterated on the call that the company has a much higher hurdle rate for large deals than the smaller tuck-in acquisitions it’s periodically done. And they emphasized that PayPal doesn’t need a major merger to meet its medium-term forecasts for revenue and other growth metrics.

But it didn’t help that PayPal trimmed its 2022 outlook from the broad five-year guidance it provided earlier this year, shaking investor confidence.

Analysts are now issuing mixed calls on the stock. Ellis, for one, says investors should buy the dip, viewing the pullback as a “compelling entry point” for a long-term secular winner. Wolfe Research’s Darrin Peller maintained his Outperform rating, writing that “we believe there is conservatism in its outlook and continue to see long-term trends justifying a premium valuation.”

However, Susquehanna Financial analyst James Friedman cut his target to $310 from $360, writing that “the tempered outlook leads us to trim estimates modestly.”

Sticking with the stock has been a tough call this year. The shares are now down 12% this year, versus a 23% gain for the Nasdaq Composite.

Despite the underperformance, PayPal still isn’t cheap, based on its own history. It trades at 40 times the next 12 month’s earnings, above its five-year average of 36. It’s also at 11.3 times price/sales, versus a five year-average of nine times. And it’s at 48 times enterprise value to Ebitda, or earnings before interest, taxes, depreciation, and amortization, compared with a five-year average of 40 times EV/Ebitda.

Those multiples might be more palatable if the company were raising its growth estimates. But if it’s barely going to meet its own forecasts, investors may be less inclined to assign PayPal a multiple that still looks steep.

Could This Be One Of The Best Ways To Play The...

Check out these generous tax credits for energy- saving equipment at home...