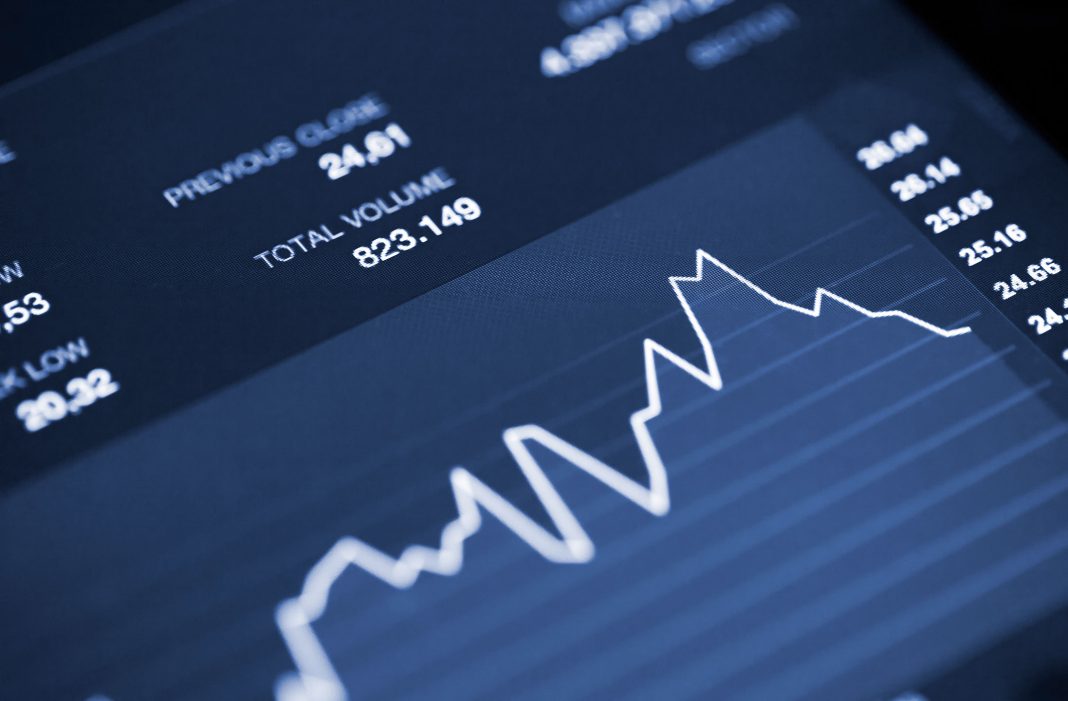 Zillow’s unexpected announcement in October that it was temporarily pausing its home-buying activities raised many analysts’ eyebrows. Now, the company is reportedly offloading thousands of homes at a discount.

Some argue that more concerning trends could be on the way.

The company’s Zillow Offers division is what’s known as an “iBuyer” — it purchases and sells homes directly to consumers, typically renovating them in between.

Following a report in mid-October from Bloomberg, Zillow
Z,
-10.24%
ZG,
-11.52%
confirmed that its Zillow Offers division would not be signing any additional new contracts to purchase homes through the end of 2021.

In explaining the move, Zillow said the company was facing a backlog of renovations and dealing with operational-capacity issues.

Now, though, Bloomberg is reporting that the company is selling off roughly 7,000 homes, looking to claw back $2.8 billion in the process. A separate report from KeyBanc analyst Edward Yruma found that two-thirds of the homes Zillow has listed for sale feature an asking price below what Zillow paid for the property, with the average discount being 4.5%.

“Zillow may have leaned into home acquisition at the wrong time,” Yruma wrote in a research note.

“We’re operating within a labor- and supply-constrained economy — inside a competitive real estate market, especially in the construction, renovation and closing spaces,” Jeremy Wacksman, Zillow’s chief operating officer, said when the company announced its home-buying pause.

He added that the pause would enable the company “to focus on sellers already under contract” and the company’s existing inventory of homes.

Other iBuyers did not follow suit. In fact, it’s just the opposite — most of Zillow’s competitors re-emphasized their expansion plans in response to the announcement of Zillow’s pause.

“Most of Zillow’s competitors re-emphasized their expansion plans in response to the announcement.”

In mid-October, Redfin
RDFN,
-4.93%
noted that its iBuying division, called RedfinNow, “continues to make offers” in all 29 markets it operates in, and the company plans to move ahead with its expansion plans.

Last month, Offerpad
OPAD,
-2.75%
announced that it is launching in three markets in California in the first quarter of 2022: Riverside, San Bernardino and Sacramento.

“We look forward to taking our services and expertise to homeowners in California that want an easy, seamless real-estate experience,” Offerpad CEO and chairman Brian Bair said.

A spokesperson for Opendoor
OPEN,
-14.67%
said that the company “is open for business and continues to scale and grow.” Meanwhile, Opendoor co-founder Keith Rabois said on Twitter
TWTR,
-2.03%
that Zillow’s claims regarding supply-chain bottlenecks were “just an excuse.”

Some analysts and industry experts, however, noted that the pressures Zillow says it’s facing are very much real.

In a recent report, the National Association of Home Builders noted that construction companies are still facing major headwinds in completing construction of new homes, namely shortages of building materials and labor. Those same issues extend to renovation projects, as well.

“Labor shortages in the economy are real and likely resulting in bottlenecks along the chain,” analysts at Truist wrote in a research note. “In such a setup, the current pause lowers inventory risk to Zillow, in our view.”

Zillow’s place in the iBuying landscape is different from some of its competitors. Like Redfin, Zillow has other business lines it can depend on for revenue.

“‘It may make sense for them to periodically de-emphasize the riskiest or most capital-intensive parts of their business.’”

“Because Zillow’s business model is much more focused on aggregating eyeballs across the spectrum of real-estate transactions, it may make sense for them to periodically de-emphasize the riskiest or most capital-intensive parts of their business, as opposed to those of their peers for whom that’s all they do,” said Michael Greene, co-founder and CEO of ResiShares, a residential real-estate investment company.

Other analysts were more circumspect about Zillow’s pause, especially in light of its recent success with iBuying.

Wedbush analyst Ygal Arounian downgraded Zillow shares to “neutral” from “outperform” in light of the pause on the company’s home-buying pursuits. Among his concerns are that rivals like Opendoor will continue to increase market share while Zillow takes a breather, making it harder for Zillow to bounce back.

“2022 was supposed to be the year where Zillow’s move to capture the transaction was going to take greater shape, with greater investments, and the bundled offering driving growth from iBuyer traffic to ‘partner leads’ and mortgage growth,” Arounian wrote in a note. “We think it’s hard to argue that that vision doesn’t take a step back.”

Capacity constraints alone don’t explain everything, Stephens analyst John Campbell said. “We do think that there is likely more to the story so we’re surprised to see the positive reactions out of some of the other iBuyers,” he said in an email to MarketWatch after Zillow announced its pause.

One explanation is home prices. The past year has seen an explosion in home-price growth as home buyers seeking more space scrambled to compete for the little inventory in the market.

Investors, including iBuyers like Zillow, were caught in the melee.

The share of cash buyers — which includes iBuyers — has reached the highest level since 2013. And while some cash buyers can score a deal at or below a home’s asking price by nature of offering a simpler closing process, the fierce competition today means that many are paying a premium for the homes they’re getting.

An August report from independent real-estate analyst Mike DelPrete found that Zillow, Offerpad and Opendoor were all paying well above the value of homes to purchase them in 2021, whereas back in 2019 they typically purchased properties at a discount.

“Today, iBuyers are spending more than homes are worth to purchase them, whereas in 2019 the median price they paid represented a discount.”

For iBuyers, margins are very tight, especially once the cost of renovations is factored in. And the longer a company holds onto a home, the higher the risk.

“The activity we saw this summer was so unprecedented relative to the way real-estate typically moves, I can see why an iBuyer might want to take time to digest the signals coming out of the market now that it seems to have slightly more stable footing,” Greene said.

Data from real-estate company Attom Data Solutions found that the typical home-flip only attracted a 33.5% profit, which is the lowest since the first quarter of 2021.

“While flipping has not turned into a losing venture on deals that usually take around six months to turn around, the trends are showing signs of potentially heading in the other direction, which is likely affecting decisions by home-flipping businesses around the country,” said Todd Teta, chief product officer at Attom.

“Zillow’s other business lines give it an even deeper perspective into the belly of the beast. It has a pulse on buyer demand and the direction of home prices.”

Zillow’s other business lines give it an even deeper perspective into the belly of the beast — between their real-estate portal that buyers use to start their search and their Zillow Premier Agents division, Zillow has a pulse on buyer demand and the direction of home prices.

“Is it possible that Zillow is seeing something in their data…that maybe on the margin makes them a little bit nervous about holding inventory right now?” said Tom White, an internet research analyst with D.A. Davidson.

If Zillow indeed does expect home prices to cool — perhaps in response to rising mortgage rates — it could be taking a step back to let the market reach its equilibrium and avoid notching too many losses, particularly given the lengthy turnaround times on renovation projects today.

Could regulatory scrutiny be the cause?

Zillow’s home-buying operations aren’t popular with everyone. Last month, a series of videos on TikTok from a Nevada real-estate agent went viral, claiming that Zillow and its competitors were manipulating the housing market.

Those claims were quickly disputed by real-estate experts, since no iBuyer has enough market share to truly move the needle where home prices are concerned. But that doesn’t mean the companies are escaping scrutiny.

“Zillow’s ShowingTime acquisition invited regulators under the hood and there’s been industry pushback tied to perceptions that iBuyers are inflating market prices for their own benefit, so could there be an external force triggering a pause?” Campbell said.

“Unfortunately for Zillow and iBuyer investors, in general, the answer to these questions might not rise to the surface until later this year and possibly into next year,” he added.

Zillow shares are down roughly 25% year-to-date, having taken a nose dive since the company confirmed the issues its home-buying division faced. Comparatively, the S&P 500
SPX,
+0.37%
is up 23% during the same timeframe, while the Nasdaq Composite is up 21%
COMP,
+0.34%.

IRS is likely to announce new stimulus checks this week —...

After A False Breakout, Where Will Apple Find Support?

Apple co-founder Steve Wozniak on cryptocurrencies: They will be used effectively