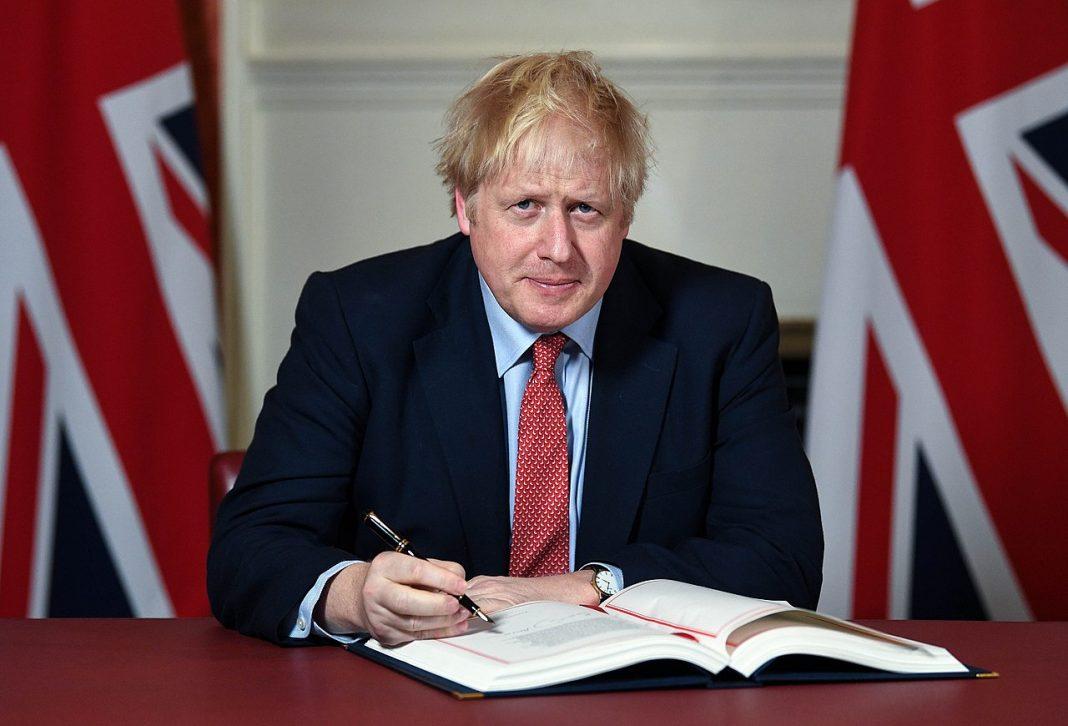 2021 is here, and the United Kingdom has already woken up to some terrible news from British Prime Minister Boris Johnson. Per The Financial Times:

“Boris Johnson ordered a third economically disastrous national lockdown for England as the prime minister warned that the NHS risked becoming overwhelmed by a surge in cases of the new COVID-19 strain.

…Mr Johnson warned that the country faced a very ‘tough’ few weeks as a vaccine is rolled out, with chief medical officers warning that hospitals could be swamped later this month without new restrictions.”

Here are some of the conditions that will be implemented as a result:

Johnson provided further explanation for this sudden decision, noting that COVID-19 is yet again on the rise across the country:

“The number of deaths is up by 20% over the last week and will sadly rise further. … With most of the country already under extreme measures, it’s clear that we need to do more together to bring this new variant under control while our vaccines are rolled out.”

As for the schools being shut down:

“I completely understand the inconvenience and distress this change will cause millions of people and parents up and down the country. The problem isn’t that schools are unsafe for children… the problem is that schools may act as vectors of transmission, causing the virus to spread between households.”

And in case you think the vaccines are going to save the Brits from the lockdown and the effects of the COVID-19 pandemic, think again.

Even with frontline health workers and resident home inhabitants being prioritized first, it will take 2 MILLION jabs a week for all of them to be vaccinated by mid-February

I’m sure that everyone in the UK is more than fed-up with the constant state of uncertainty about the lockdowns. So far, the COVID-19 vaccine is NOT providing citizens with the relief they hoped it will provide.

Granted, the vaccine rollout has just started and it will take a significant amount of time before at least 50% of the population is vaccinated. But I don’t know how much longer people can hold on. It wouldn’t surprise me at this point if civil unrest and riots started happening.

What do YOU think will happen to the UK under this third lockdown? Will they be able to make it until mid-February, or will they go insane and lose their minds? Reply to this newsletter and share your predictions with us!

With 2020 FINALLY over, it’s time to pull out the record books and evaluate the full cost of the damages done by the COVID-19 pandemic to the American airline industry.

And according to TravelPulse, an invisible virus was powerful enough to leave a trail of destruction in its path:

“Analysts estimate that US airlines could end up losing more than $35 billion due to the coronavirus pandemic when the final figures of 2020 are tallied, according to a report by CNBC.

The estimates provided by FactSet also indicate that recovery for the airlines won’t begin until the second half of 2021.

The pandemic ended a decade of profits for the airline industry… American Airlines’ share price lost 45%, its biggest percentage decline since before the carrier’s 2013 merger with US Airways. Delta Air Lines’ stock lost 31%, while United Airlines fell 51% over the last 12 months, its biggest drop since 2008. Southwest shed 15%.”

Keep in mind that thanks to the second COVID-19 stimulus bill passing in the last few days of 2020, airlines in the US were granted $15 billion in payroll support. Employees CANNOT be furloughed until the end of Q1 2021.

However, even with this temporary lifeline, it might not be enough to jumpstart travel demand.

And with $67 billion in debt cumulatively acquired by US airlines in 2020, there is a very long – and slow – road towards recovery.

Travel Can’t Save Us

As it turns out, the increased surge in travel volume over the Christmas holidays was nowhere near enough to kickstart a recovery. It was a nice data point to see, but nothing meaningful in the long term.

This is what Barron’s is arguing, noting:

“The uptick in December air traffic was driven almost entirely by leisure travel, according to UBS analyst Myles Walton. Corporate and international bookings have remained weak. And the next few months will be rocky. Walton expects bookings and revenue to pull back from the December bump until vaccines are more widely distributed.

…The stocks weren’t reacting much to positive news about holiday travel or improving cash flows. Delta, for instance, was down 2.7% in trading on Monday. The broader NYSE Arca Airline Index was off 3.9%.

Several analysts have downgraded the stocks in recent weeks, noting that valuations are now pricing in a recovery back to nearly pre-pandemic levels in late 2021 and 2022. The stocks may need to take a breather until signs of that recovery start to take hold.”

Looks like the point made in the previous story now has greater standing behind it: It’s going to be a long and arduous road towards reaching 2019 levels of normalcy. I’ll go as far as to say that the expectations of airline recovery gaining momentum in mid-2021 may be too optimistic.

Let’s just hope these airlines have enough liquidity leftover to survive the rest of the year!

Cruise Companies Are Sinking Too

Yesterday’s trading session proved to be equally disastrous for the cruise line industry – just take a look at these numbers:

And according to The Motley Fool, Royal Caribbean is solely to blame for this downward movement:

“On Dec. 31, 2020 (and after close of trading for the day such that no one would be able to trade on the news until today), Royal Caribbean made an 8-K filing with the SEC.

In that filing, Royal Caribbean informed that it had just sold 13 million shares of stock in an ‘at-the-market’ secondary stock offering, and has now exhausted its quota of shares authorized for sale.

…Royal Caribbean needs this cash. The company has previously disclosed that it continues to burn cash at the rate of about $270 million per month – but Royal Caribbean isn’t the only cruise company in dire straits, and it’s probably not going to be the last to sell shares this year.”

Norwegian’s cash burn rate sits at $175 million per month, while Carnival Corporation is nearly double that of Royal Caribbean’s.

Unless they sail THIS YEAR, they are done for. And I truly mean that.

The Cargo Industry Is Key Against COVID

CNBC recently did a comprehensive 10-minute video explaining the numerous challenges faced by US airlines and their cargo planes.

Some of it is drawn out, so I’ll just highlight the main takeaways…

“…distributing it to the 7.8 billion people around the world is the next big challenge. In the US, both the Pfizer-BioNTech and Moderna COVID-19 vaccines require two doses that will eventually need to reach the nation’s roughly 330 million people.

Even though shipping is only one part of the journey, it’s a critical step. DHL and McKinsey estimate vaccinating the world will require up to 15,000 flights. In the US, airlines have stepped up to become a crucial part of the supply chain alongside logistics giants like UPS, FedEx and DHL.”

This is the equivalent of a World War II effort, where EVERY company is pitching in and doing whatever they can.

Over 8,000 aircraft are going to be deployed as part of the transportation efforts, and most likely they will need many more in order to have the majority of the American population vaccinated before the end of 2021.

Chinese listings in US flop despite fundraising frenzy