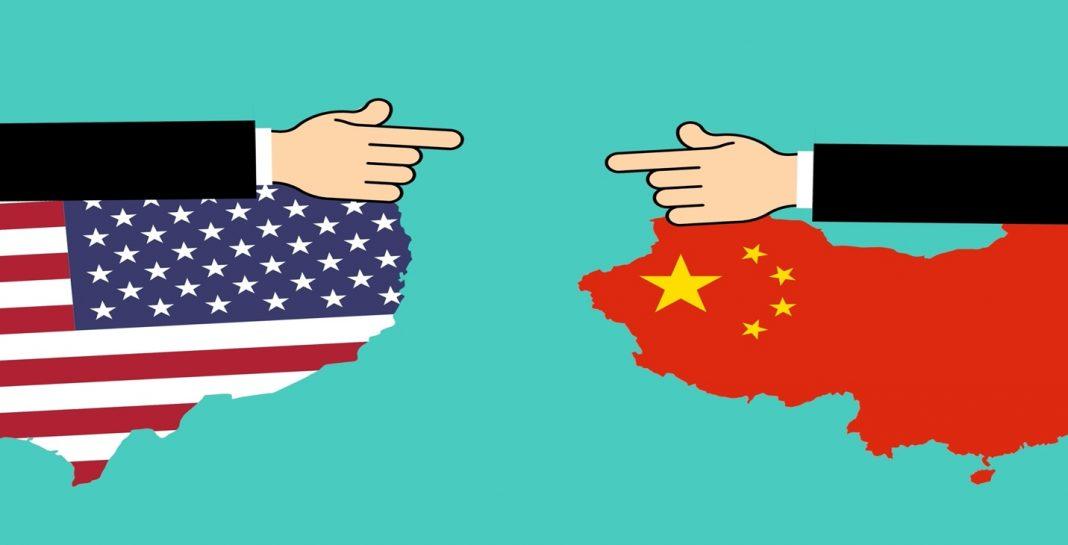 The bets are on the table for which superpower will retain its status as king of the hill over the next ten years.

And according to BBC and their analysis of a newly released report from CEBR (Centre for Economics and Business Research), China will successfully manage to overtake the USA by 2028.

Their rational comes in two parts… first, they analyze how the COVID-19 pandemic has impacted each country:

“Although China was the first country hit by COVID-19, it controlled the disease through swift and extremely strict action, meaning it did not need to repeat economically paralyzing lockdowns as European countries have done. As a result, unlike other major economies, it has avoided an economic recession in 2020 and is in fact estimated to see growth of 2% this year.

The US economy, by contrast, has been hit hard by the world’s worst coronavirus epidemic in terms of sheer numbers. More than 330,000 people have died in the US and there have been some 18.5 million confirmed cases.”

Put another way, the COVID-19 pandemic alone has turned the favorable betting odds upside down.

But what happens after that? How will the two nations grow relative to one another? Again, the report says that China is projected to be the clear winner:

But the average Chinese person will remain far poorer in financial terms than the average American even after China becomes the world’s biggest economy, given that China’s population is four times bigger.”

Folks, this is the type of thing you don’t realize is happening until it’s already too late.

President Trump may not have been the best with his words when he warned America about the looming threat of China back in 2015 when he was just a presidential candidate. He didn’t use numbers or cite any real hard facts in his bold statements against the Chinese.

But on some fundamental level, he was right. And it’s almost obvious to anyone with a brain that a President Biden will be VERY favorable for China. If anything, his disastrous foreign policies may help China overshadow the US far sooner than we expect.

On a brighter note, the report mentions a third superpower worth paying attention to: India is poised to become the world’s third-largest economic superpower by 2030, overtaking Germany in 2027 and Japan in 2030.

I wish I knew how these trends will affect the future of the travel industry, let alone the foreign exchange market, but they’re worth paying close attention to over the next 3-5 years.

What do YOU think are the implications of China’s economy overtaking the US economy in 7-8 years from now? Are they good or bad? Reply to this newsletter and share your predictions with us!

How Do Travel Advisors See the Future of Tourism in 2021?

If you want to get a better birds-eye view of what the travel industry will look like in 2021, why not ask the people who are deeply intertwined in the industry itself?

TravelPulse recently interviewed several high-powered executives from different domains of travel, and their comments were quite interesting to hear…

“In terms of destinations, we are seeing encouraging pick-up across our collection of resorts in Mexico and the Dominican Republic… More and more air carriers are announcing restored, expanded and new routes into these destinations.”

“As we end 2020, we have seen positive signs and a new conversation emerge with the US Centers for Disease Control and Prevention for the eventual return to cruise in the US… We feel confident that once we receive approvals to operate again our industry will see even stronger demand for cruise bookings.”

“The majority of our tour operator members are either optimistic or cautiously optimistic for the resumption of business in 2021… In a survey last year, our members named small groups as one of the top three travel trends projected to grow the most over the next five years. Given the current climate, we see this continuing to grow in popularity.”

All in all, it appears as if people are desperately looking forward to everything the New Year has to offer them. Let’s hope their optimistic predictions play out – and hopefully manifest better than their expectations!

Second Passports and Digital Passports Continue to Rise in Popularity

There are two types of passports you can expect to hear more about in 2021: Second passports, and digital passports.

The former has seen demand explode by over 50% year-over-year, at least for financial advisory firm deVere Group. Several ultra-wealthy individuals from around the world are seeing second passports as must-have items instead of mere luxuries, as they can allow people to visit family members overseas, gain more worldwide freedom, and run their businesses.

The latter, on the other hand, comes from a perspective of fear in the face of the unsolvable COVID-19 pandemic. Singapore Airlines has just announced the official launch of their digital health passport last week. Passengers will have a QR code scanned by airport security to verify both their vaccination status and their testing history.

And from the looks of it, these special “coronavirus passports” will be here to stay for the foreseeable future (if not permanently). Several international airlines, such as Cebu Pacific and United Airlines, are already in the middle of testing these passports out to iron out all the bugs.

Seems as if we have two choices: Literally buy our freedom with a second passport, or give away our freedoms by submitting to the rise of digital health passports. Hard choice to make unless you have the means to afford the first option!

Less than 30 days have passed since the Federal Aviation Administration has re-cleared the Boeing 737 MAX aircraft to be used for commercial flights. And right before the end of the year 2020, they already have another controversy that may have their newly cemented certification status revoked… AGAIN!

Here’s what happened in a nutshell, according to several sources:

“The Air Canada 737-8 MAX was en route between Arizona and Montreal on Dec. 22 with no passengers and just three crew members on board when it suffered an engine issue that forced the crew to divert the aircraft to Tucson, Arizona.

The crew noticed the left engine had low hydraulic pressure… Then more complications developed with the aircraft: The crew and airline dispatch/engineering controllers initially decided to continue to Montreal but the crew received an indication of a fuel imbalance from the left-hand wing and shut the left-hand engine down.”

Fortunately, nobody was hurt and the landing was successfully completed. Moreover, the pilots were trained to handle situations where an airplane is operating on only one engine (which they are designed to do in case one engine blows out).

No comment from Boeing as of now, but I can only imagine how much this hurts their brand. Not exactly a confidence booster for people who have a flight in the near future that involves a Boeing 737 MAX…

Which Airlines Will Benefit from a “Travel Demand” Rebound?

As more positive news about the COVID-19 vaccine comes about, combined with the possible approval of more vaccines (and the existing vaccines receiving approval across the rest of the world), there are several major airlines that stand to benefit.

Barron’s has five picks in particular, estimating that recovery could go as high as 80% of pre-2020 levels in 2020.

Delta Airlines – Due to their strong network of transatlantic flights, a recovery in international and business travel could be the boost they need to reach $3.6 billion in income by 2022 (before taxes).

Allegiant Travel – This domestic budget airline in the US could turn a profit in Q4 2020, which is a miracle compared to its rivals. Thanks to their ultra-low-cost flight packages to Las Vegas and vacation hotspots in Florida, they are more than poised for dominance in 3-5 years from now.

Southwest Airlines –On top of stacking several 737 MAX planes from Boeing, they have the most solid balance sheet of any US domestic carrier. And their recent entry into business travel could help them gain some much-needed market share.

Ryanair – Even though this Ireland-based carrier has taken some heavy losses, they still have a solid financial position and a low-cost operating model that offers 70% of available seating to its customers.

Gol Linhas Areas – There is a surprising surge of recovery with respect to travel demand in Brazil, which may help them 2x their revenue by July 2021. Right now, 50% of their revenue comes solely from the São Paolo region.

Interesting choices. It would be fun to look back at these predictions two years from now and see if Barron’s picks were right on the money!

A Monthly Subscription That Lets You Access Luxury Hotels Worldwide… Whenever You Want!

If we’re going to have subscriptions for services such as Netflix, why not extend that idea to international travel?

That’s exactly what the “Inspirato Pass” from travel club Inspirato aims to do, for a flat fee of $2,500/month. From Travel + Leisure:

“[The pass] gives travelers unlimited access to a portfolio of villas and rooms at luxury hotels, plus entrée to private events like a weekend at the C Lazy U Ranch or a safari at some of the top camps in Botswana, which typically sell out as much as two years in advance.

Inspirato serves up a list of vacation themes such as ‘rejuvenate on the beach in Mexico.’ Travelers then choose from a network of 350 or so residences, like the ocean-view estates [that aren’t available on any other platform]. Inspirato also has access to off-the-market hotel rooms at well-known resorts.

A single membership covers the full cost of each stay, and pass holders can make bookings for immediate family members — and invite guests along. (An important caveat: the pass doesn’t cover airfare.)”

Sounds like a dream come true! You are only allowed to book a single trip at a time, but it’s the perfect luxury for any financially well-off traveler who finds themselves jumping from place to place several times per month.

What do YOU think about the Inspirato Pass? Is this something you would spend your hard-earned money on – why or why not? Reply to this newsletter and let us know!

5 Protections to Put on Your Investment Portfolio

Get Started With Bitcoin

What Is Service Delivery Orchestration and How Do Businesses Benefit from...