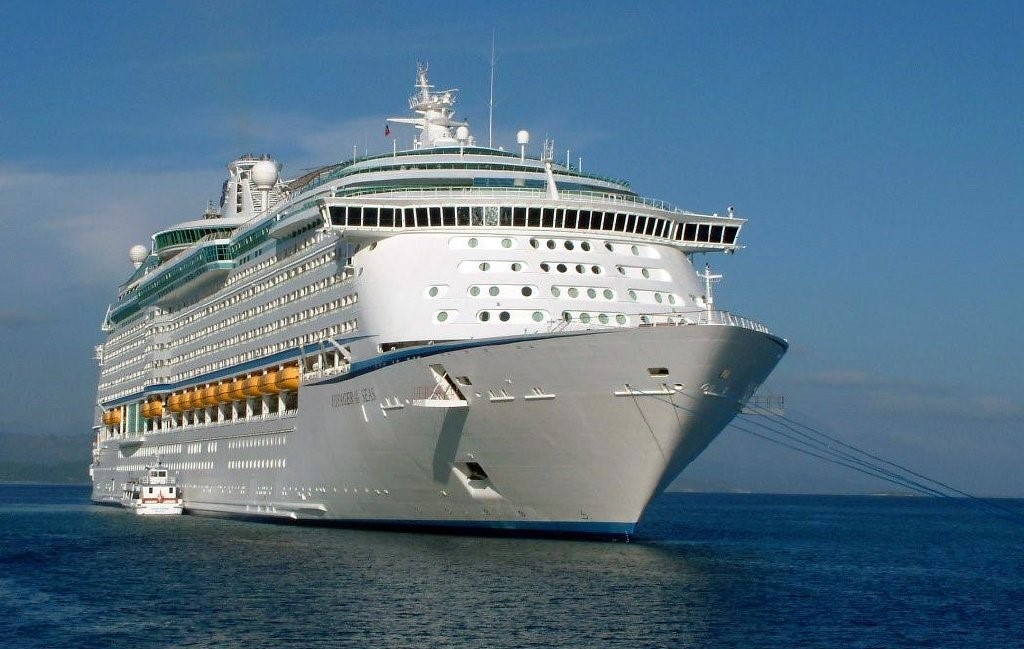 As the year comes to a much-needed close, the cruise line industry has more than enough data to make some conclusions about how they managed to survive during the COVID-19 pandemic.

All of this information was compiled and summarized in the “2021 State of the Cruise Industry Outlook” report drafted by the Cruise Lines International Association (CLIA). Apparently, being shut down for a total of 9 months tends to do some pretty heavy damage…

“… every 1%  loss of cruisers resulted in a reduction of 9,100 industry-related jobs. Each day of the suspension caused direct and indirect industry losses of 2,500 jobs [in an industry of 1.2 million jobs and a consequent $50.53 billion in salaries and wages.”

“…more than 200 sailings took place with multiple layers of enhanced health and safety measures [between early July and mid-December] to safely set sail while mitigating the risk of COVID-19 spread among crew members and passengers.”

“Cruising in the new normal will include health protocols, such as crew and passenger COVID-19 testing before embarkation, mask-wearing, physical distancing, air management and ventilation strategies as well as enhanced medical capabilities.”

“… [the industry invested] $23.5 billion investment in ships with new technologies and cleaner fuels to reduce carbon emissions, partnerships with local governments in key destinations and a commitment to reduce its rate of carbon emissions by 40% by 2030 compared to 2008.”

“Passengers spent $385 in port cities before boarding a cruise and spend $100 in each visiting port destination during a cruise.”

“… two out of three cruisers were willing to cruise within a year and 58% of international vacationers, who have never cruised, said they are likely to cruise in the next few years.”

Overall, what we have here is an industry poised to make the biggest comeback of all time in 2021. Pending another COVID-19 outbreak around the world or any disastrous events where passengers test positive for COVID-19 in the middle of a cruise, the New Year will be all about making back all of the potential gains lost because of the virus.

What do YOU think about the cruise line industry’s odds of making a huge economic recovery in 2021? Will it be possible, or are they sh*t out of luck? Reply to this newsletter and share your predictions with us!

SpringOwl Asset Management CEO Jason Ader would strongly disagree with the notion of the cruise line industry making a significant recovery in 2021. In fact, he anticipates it will take at least ten years before a return to pre-pandemic normal is established:

“I don’t think you’ll see a return to peak profitability in the cruise industry until 2030… And that’s just not a function of demand coming back, because I do think the cruise industry will see people want to go on cruises. But the prices will be a challenge. People aren’t going to pay a premium for it right away.”

He also cites a survey done by his company, which found that 80% of participants who have never been on a cruise trip say they would avoid hopping on a boat. And in another survey conducted by Mundy Cruising, 81% of cruise passengers will set sail again in 2021 if they are able to get vaccinated first.

And in the mind of Ader, the extra costs associated with increased safety on the ships – additional COVID-19 testing, air filtration, surface cleaning, and other sanitation protocols – will lead to cruise tickets becoming more expensive as well. This will further deter customers from returning.

No way to tell if he’s right or not, but at least Ader is honest enough to tell us about the roadblocks facing cruise line companies in 2021 and beyond…

No COVID-19 Vaccine, No Public Transport for the French

Just like America, roughly half of the population in France refuses to get vaccinated for COVID-19. And this may have consequences for them if the government decides to implement measures that make their lives extremely restrictive.

“People who fail to get a COVID-19 vaccination could be banned from using public transport in France, according to a draft law sparking angry protests from opposition politicians on Tuesday.

Prime Minister Jean Castex on Monday got his cabinet’s backing for a bill that is designed to provide a legal framework for dealing with health crises, including the coronavirus pandemic.”

And it’s not just the COVID-19 vaccine citizens should be worried about, as the bill also counts a negative COVID-19 test as a mandatory requirement for public transportation and other “certain activities.”

The same country implementing some of the strictest lockdown measures in all of Europe wants to take away the public freedoms of its citizens. What a shocking surprise!

In America, we worry more about businesses making COVID-19 vaccinations than our own federal government. But sadly, it seems to be the other way around in France. Hopefully, enough patriotic French men and women will riot against this bill and prevent it from coming to pass…

What Will Happen if a United Airlines Pilot Tests Positive for COVID-19!?

Aviation news outlet SimpleFlying recently got their hands on an internal five-page memo from United Airlines that outlines the protocol for dealing with pilots who test positive for COVID-19.

From what I can tell, it’s quite a complex process from start to finish…

“The five-page memo says the plan comes into force immediately a crew member tests positive or has been in close contact with someone who has tested positive for at least 15 minutes. If either of the two above situations occurs, the crew member in question will immediately contact airline health guidance company Medaire and United’s chief pilot’s office.

Pilots should not go to the airport or leave the hotel until advised by the extraction team [and all crew must wear N95 masks]. After readying the aircraft, all operating crew members should ensure they maintain a safe distance of six feet or greater from affected crew members beginning with boarding, and at all other times during the extraction.

Infected or possible infected employees can only sit in certain sections of the plane and not be approached by other crew members. They have the use of one galley to prepare food and a specially designated bathroom.

After using the galley for food/beverage prep or trash disposal, affected crewmembers are asked to disinfect their preparation and/or contact areas using alcohol-based sanitizer… Once the aircraft arrives back in the United States, the infected or potentially infected person is the last person to disembark.”

I suspect many other airlines will have a similar plan in place of any of their pilots or crew members get infected with COVID-19 during a long international trip.

And that’s not even accounting for the passengers, because they’ll have to take some pretty drastic measures as well…

Not Everyone Supports the Resurrection of Boeing 737 MAX

Despite Boeing receiving approval from the Federal Aviation Administration to have their 737 MAX aircraft used for commercial flight purposes, not everyone agrees with this decision. Namely, the families of the victims who were killed in the two crashes ~20 months ago.

‘The Committee found wrongful and potentially unlawful behavior that must be investigated to determine whether the MAX recertification process was tainted,’ families of Ethiopian crash victims said in the Dec. 22 letter to the FAA and Department of Transportation.

‘We are confident that the safety issues that played a role in the tragic accidents involving Lion Air Flight 610 and Ethiopian Airlines Flight 302 have been addressed through the design changes required and independently approved by the FAA and its partners.’

…with the first US flight of the 737 MAX set to occur within days, we call for the plane to be immediately grounded based upon the new revelations.”

Quite the controversial issue. I don’t think the 737 MAX planes should be permanently grounded if Boeing can prove they are now safe, but I also sympathize with the families who had their loved ones die in the tragedies.

What do YOU think should happen in this scenario? Should Boeing’s 737 MAX aircraft remain grounded or are they A-OK to start flying on December 29th? Reply to this newsletter and let us know where you stand!

Canada’s Federal Government Has Given ZERO Dollars to their Airlines…

In light of the recent $900 stimulus bill passed by Congress that aims to give airlines $15 billion in relief aid, you have to wonder how other countries’ governments have supported their own airlines.

In the case of Canada, it seems as if they have left their airlines for dead. In a report released yesterday, the National Airlines Council of Canada has called out the Trudeau administration for failing to provide adequate support (and all while keeping borders closed).

“Since the onset of the pandemic, tens of thousands of aviation employees in Canada have lost their jobs, billions of dollars in aircraft are parked and out of operation, and passenger numbers have collapsed to approximately 10% of typical levels.

The objective now is not simply to try and position the industry for recovery, but to ensure permanent damage is not inflicted on the sector and the communities we serve.

Canada remains an outlier as one of the few nations that has not provided sectoral support to its aviation industry. We need the government to move with a sense of urgency, in keeping with other countries around the world that have now provided over $200 billion in aid.”

There is little time left for more waiting. Even with an approved COVID-19 vaccine, the fundamental attitude towards travel has to change. COVID-19 testing has to be allowed in place of border closures and 14-day quarantines. Plus, it will take several more months at minimum before the majority of the Canadian population is vaccinated.

The only way for Canada to escape this debacle is if their individual provinces to take the reins and make the changes themselves. Because apparently, the highest levels of government are unwilling – yet perfectly able – to solve the problem.

Mortgages for Seniors: Everything You Need to Know

Are There Any Safe Alternative Investments?

Online trading account-Benefits of Using the Metatrader 4 Platform for Online...