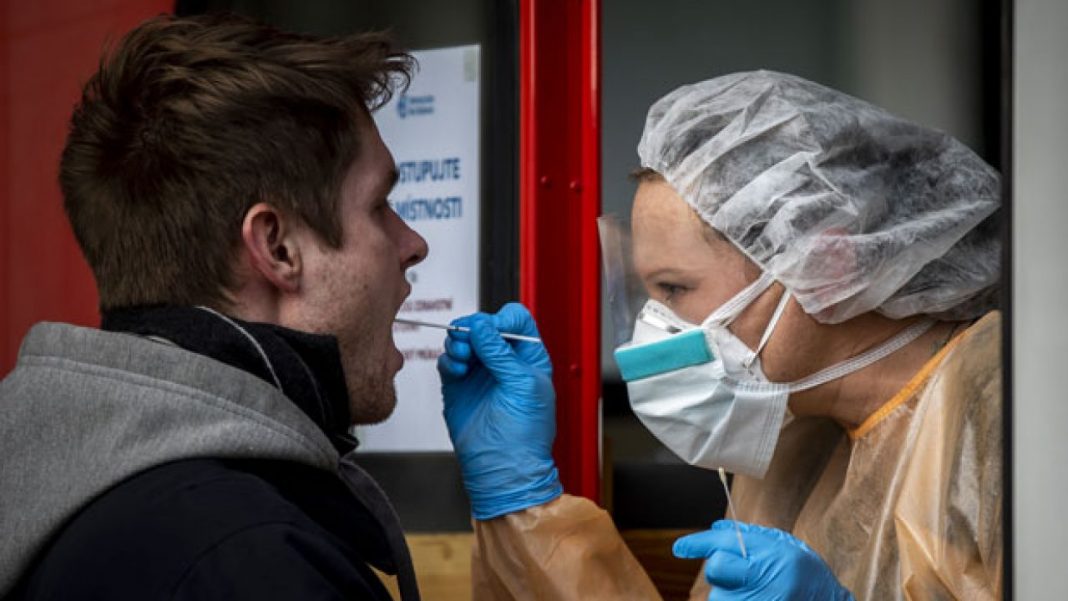 Once again, COVID-19 has managed to rear its ugly head and making traveling for UK residents incredibly difficult. More specifically, a new strain that is apparently 70% more transmissible than the original virus. We don’t know exactly where it originated from or how the mutation came to be, but it’s here to stay and ruin our lives for the foreseeable future.

The entire world has immediately reacted to this news, implementing several new rules and restrictions to keep themselves protected from any Brits who are potentially infected.

“Virgin Atlantic, Delta Air Lines, and British Airways have all agreed to test people [i.e. they must be negative for COVID-19] before they get on a flight to New York.

Anyone coming from a Centers for Disease Control and Prevention Level 2 or Level 3 country to get tested for COVID-19 within three days of their departure, quarantine in New York for three days before being allowed to get tested again on the fourth day.”

ZeroHedge has also been reporting on this breaking development, noting that “more than 30 countries and territories had barred Britons from traveling – by air, land or sea – through their borders.”

This includes Canada and – most likely – the entire European Union (EU), which means that the Brits are now excluded from traveling everywhere in Europe. I’m sure the pro-Brexit people who enthusiastically wanted to separate from the EU didn’t anticipate this kind of development giving them what they wanted, albeit in a twisted kind of way.

And frankly, I’m not even sure that the approval of Pfizer’s COVID-19 vaccine in the UK (and inevitably the EU) will be enough to stop these restrictions from being lifted anytime soon.

As it just so happens, ZeroHedge comes to the rescue with the implications of this news on the Brexit deal:

“…if London and Brussels can’t strike a deal on the fish within the next few days, we get to do this all over again next month – empty supermarket shelves, trucks piled up at the border, the works.

There’s no question: if the UK leaves the transition without a deal (it formally left the EU on Jan. 1, 2020) Brussels will seek to exact political retribution on Boris Johnson. Whether that dissuaded him from holding the line is another issue.”

This is not the end to 2020 that the Brits want, but it’s the one they’re going to get.

Any fantasy of spending time with their families for the Christmas holidays, or even leaving their country to smell the scent of personal freedom, is effectively dead.

For any of my readers who are unfortunate enough to reside in the UK and are experiencing the deadly effects of extended lockdowns, our hearts and prayers are with you. We hope you’ll be able to find the strength and resolve needed to weather this storm.

What do YOU think about the world blocking off their doors to the UK? Is it justified, or is it yet another example of premature hysteria and panic? Reply to this newsletter and share your opinions with us!

Within Australia, Numerous Travel Bans Are Being Enacted

Australia might not be blocking off the rest of the world from entering its island-nation, but they’re certainly blocking off travel within the country.

After two straight weeks of what appeared to be the end of the COVID-19 pandemic for the Aussies, there was a breakout of 83 new COVID-19 cases in Sydney. This has resulted in several new rules being implemented:

While I feel empathetic towards Australia, I can’t help but wonder if they’re falling into the same trap as New Zealand. It appeared as if they had defeated the coronavirus earlier this year, but even the smallest of outbreaks have continually led to restrictions being re-enacted over and over again.

At what point do we call it quits on the lockdowns? Is there a point to be reached where a small number of new COVID-19 cases won’t cause an entire country to panic and double down on measures that clearly don’t work?

I don’t know. But for the sake of humanity, I hope we reach that point very soon…

We’ve heard numerous stories of airlines putting passengers on travel blacklists if they refuse to comply with their mandatory face masks mandates. To give you an exact number, US airlines alone are close to 1,000 passengers who are banned from air travel.

But it seems as if stopping people from flying isn’t punitive enough; they must also feel the pain in their wallets as well, according to the Federal Aviation Administration (FAA).

“The FAA said it is seeking civil fines of $15,000 and $7,500, respectively, against two airline passengers who were recently accused of assaulting flight attendants who asked them to wear a face mask.

…[one passenger] repeatedly screamed obscenities at a flight attendant on an Allegiant Air flight and then hit him and grabbed his phone while he was telling the captain about the passenger’s behavior. The FAA is looking to fine that man the $15,000.

The other incident happened on a SkyWest Airlines flight from Atlanta to Chicago when a man allegedly removed his face mask, bothered other passengers and grabbed a female flight attendant’s buttock (he will receive the $7,500 fine).”

Since the FAA cannot impose fines themselves, they’ll need to rely on the help of law enforcement agencies to impose these criminal fines. I can understand the fine for assaulting flight attendants, but the fine for refusing to wear a face mask sounds somewhat suspect.

I’m curious to know how much of these fines are due to the assault, versus the refusal to don a face mask. I certainly hope we don’t see a situation where the majority of the financial penalty comes from the face mask issue alone…

Two Months in Jail for Not Wearing a Face Mask: Only in Ireland!

Irish man Andrew Heasman hopped on a bus in mid-July to travel from the city of Dublin, Ireland to Knock so he could attend his uncle’s funeral. But he quickly caused a commotion among fellow passengers when he wore his mask “like a hat” and did not properly wear it.

He was ordered by the bus driver to put it on properly but he refused, claiming he had a legitimate medical exemption. And when he got into an argument with police officers at the eventual scene of the “crime,” Heasman also claimed there was no legal precedent for him to turn over the information proving his medical exemption.

Sadly, Heasman’s testimony wasn’t convincing enough for the judge overseeing his case. Under the Health Act 1947, he has been sentenced to two months in prison and may face a total of two years in jail.

Now granted, this is Ireland. But something like this could easily happen in the United States if we allow authorities to abuse their power. It won’t be long before we get fined a ludicrous amount of money AND sent to prison for refusing to follow a mandate with limited scientific evidence behind it.

What do YOU think about this story? Should Heasman be forced to spend any prison time at all for not wearing a face mask on public transportation? Reply to this newsletter and tell us what you think should have happened to this man!

Despite making some small gains in the stock market over the last 3 months, it appears as if cruise line stocks are starting to give them back in the form of some pretty heavy losses.

Here are the most important numbers you need to know about yesterday’s trading session:

And unlike other days, we have perfectly good reasons for anticipating these numbers. In short, the good news around the COVID-19 vaccines and the $900 billion stimulus bill isn’t enough for cruise line investors.

Not only do we now have to deal with a more transmissible mutation of the coronavirus, but the stimulus bill didn’t provide a single penny for cruise line companies. The latter isn’t surprising when you consider that these same companies do everything in their power to avoid paying taxes to the US federal government.

Yes, there is still a surging demand for cruise vacations. And there is also the initiative being taken by cruise line companies to make their vessels a safe yet enjoyable experience for their passengers. But Expedia Cruises president Matthew Eichhorst noted that even in the peak of 2021, on-ship capacity could still be at 12.5% of total capacity.

Which leaves investors in two hard spots: Become aggressive short-sellers of these companies in the hopes they will fail, or buy more shares and make an extraordinary 3-5 year bet on these companies returning to full health.

Tourism Hasn’t Been This Bad Since 1990…

The United Nations World Tourism Organization (UNWTO) has compiled some rather horrifying statistics about the downfall of travel in 2020.

Think of these numbers as an “end-of-year” summary for the international tourism sector as a whole, and really try to envision how one nano-sized virus may have permanently disfigured the entire planet:

In effect, the total loss of one billion arrivals has led to an unfortunate return to the levels of global tourism last seen in 1990. THREE decades of progress have been lost in less than one year and there’s no telling if further losses will be incurred in 2021 and beyond.

Pray for the international tourism industry to make a full recovery. Whatever it takes, vaccines or not, we need to restore this sector and get people exploring the world again!

Make These Financial Considerations Before Starting a Business

The Benefits of Mobile Point of Sale Systems

Why do people choose an ECN Forex broker over a regular...

What Is Service Delivery Orchestration and How Do Businesses Benefit from...