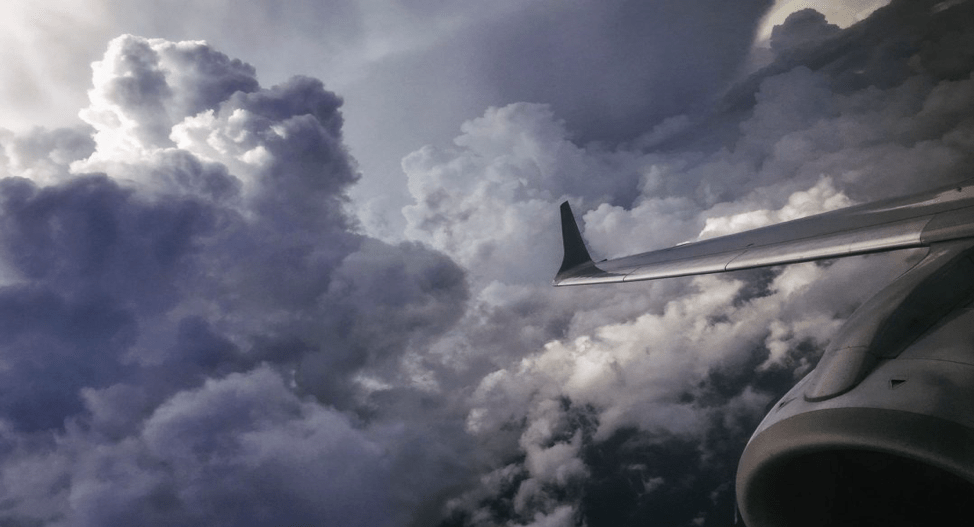 Tomorrow marks the final deadline for the federal government to approve a second stimulus package before the government shuts down for the remainder of 2020. And based on the news headlines, there appears to be no immediate plan for extending the deadline. It has to happen by Friday or on Friday. Period.

It seems as if Congress is inching closer to agree on a $908 billion stimulus package, with several billion dollars allotted for the travel industry. More specifically, $17 billion is rumored to be the aid given to airlines alone.

TravelPulse reports on the implications of this financial aid package, noting that it could be the one thing that is desperately needed to prevent further job layoffs and financial losses:

“Once approved, travel leaders hope it will be a bandage big enough to stop the bleeding in the industry. The airlines are running at only about 40% capacity compared to last year and have had to lay off or furlough more than 30,000 workers.

The second stimulus package – airlines received $25 billion when the CARES Act was first passed in March – will likely stem the layoffs. Combined with two vaccines for COVID-19 that were approved by the Food and Drug Administration and started distribution this week, the industry is hoping to be back on more normal footing a year from now.”

I can’t say for sure how other sectors of the travel industry will benefit from this.

For example, while cruise lines are in desperate need of cash flow to make up for their lack of activity, their notorious tax evasion practices likely excludes them from getting any help. You don’t get to avoid paying your fair share to Uncle Sam and then come crying for help when the sh*t hits the fan.

But airlines, on the other hand?

They contribute far more value to the American economy as their service is essential for transporting millions of people within the country and around the rest of the world. We can certainly live without luxury cruises, but we can’t live without airplanes. At least not for long.

TravelPulse was correct to note that it will take MULTIPLE things happening at the same time to revive the travel industry.

The COVID-19 vaccines may be the jumpstart needed to convince people that it is safe to fly again, but the opposite could turn out to be true if they are used as weapons of control. Just take a look at the few airlines who are giddy at the thought of making vaccinations mandatory for all passengers!

All in all, we need to tread carefully and not get our hopes up. In the event that the second stimulus package doesn’t get passed and millions of Americans in the tourism sector find their jobs being taken away from them, it will become a “survival of the fittest” situation.

One where the nature of capitalism eliminates any company who cannot weather the storm of the COVID-19 pandemic and has to burn to the ground. And with that, obviously, comes the elimination of smaller companies and the survival of the larger companies. An artificially created monopolization of the travel sector.

Do YOU think the second stimulus package is going to be passed on Friday? Why or why not? Reply to this newsletter and share your predictions with us!

Boeing 737 MAX Planes Are Back in Stock – Who’s Ordering?

Despite Boeing’s resurrection of their signature 737 MAX plane following approval for safe flying from the Federal Aviation Administration, airlines are very slow and cautious in allowing it back into their fleet.

To date, only four US-based airlines have placed an order for the aircraft, totaling 606 planes among the four of them and making America the country with the most amount of 737 MAX planes in use.

American Airlines: 100 “737 MAX” aircraft, with 25 “737 MAX 8” planes already belonging to their fleet. They’ve already taken the plane through a test run, but no word on when it will be a regular part of their commercial flying schedule.

This is a big comeback for Boeing – let’s hope they don’t screw it all up!

Meanwhile, at Boeing headquarters, the company is starting to feel the heat. To date…

And now, in order to cut costs even further, Boeing is slashing employee incentives. Per ZeroHedge:

“A little more than a week before Christmas, Boeing Chief Executive Dave Calhoun sent an internal memo to employees announcing that the company would suspend annual merit salary increases in fiscal 2021 for employees, managers, and executives.

Excluding executives and tens of thousands of engineers and machinists under union contracts, Boeing however awarded employees a one-time grant of Restricted Stock Units.

The grant, the first of its kind at Boeing in recent memory, will be awarded to about 82,000 employees and will vest three years from the grant date on Tuesday.”

For their sake, this move had better not lead to the resignation of several employees. Betting on their shares making a full recovery is quite the gamble, and I’m sure those employees don’t give a rat’s ass about stock compensation. I’m almost positive they care a LOT more about keeping their jobs without a reduction in salary or working hours.

According to JPMorgan, JetBlue and United Aren’t So Valuable Anymore…

Bank analysts are quite unforgiving, especially when they downgrade the inherent value of a company (and consequently, their shares).

JPMorgan analysts released their recent comments on United Airlines and JetBlue, going as far as to give a SELL recommendation for both airlines. Here are the most important insights from their analysis, according to MarketWatch:

“What began as a simple housekeeping response to disappointing but unsurprising (fourth-quarter) demand trends has, instead, become a recommendation for selective profit-taking. JetBlue is likely to continue to control costs, but the downgrade reflects ‘a lack of expected upside’ to the analysts’ price target of $14.

United also downgraded on valuation, ‘can endure the current downturn with sufficient liquidity,’ the JPMorgan analysts said, tacking on a price target of $44. United has ‘turnaround momentum heading into the crisis and its inherent guidance conservatism, which has historically reduced risk of earnings misses.’”

Not sure what JetBlue thinks about these comments, but United Airlines isn’t exactly disputing what they said. They’ve even admitted that year-on-year quarterly revenue for Q4 2020 is going to be -70%.

Yesterday’s stock market performance for both airlines was a direct reflection of this downgrade from JPMorgan: -3.08% for United and -1.15% for JetBlue.

Even With Airlines in Shambles, Customer Service Has Miraculously Improved!

The airline industry is in a very deep hole right now. Tens of thousands of jobs lost, revenues at all time lows, daily cash burn rates in the multiple millions, and a depressed rate of travel volume that doesn’t appear to be budging.

But at least there’s one piece of good news: According to the American Customer Satisfaction Index (ASCI), customer service approval rates are at the highest they’ve been since 1994.

Why? Well, it appears the COVID-19 pandemic may have actually been a net positive for passenger satisfaction. From Forbes:


“…a lot of the increases were tied to seat comfort. United Airlines, for example, improved its seat comfort more than any other airline, which led to some impressive gains in customer satisfaction.

Instead, the lower volume of passengers benefited passengers and raised customer satisfaction scores. ACSI notes a similar jump just after 9/11.

People were getting through the lines faster, they were getting seated faster, and the planes weren’t as full. It was a better experience. There’s nobody elbowing you on either side. That creates a higher level of customer satisfaction.”

Almost every factor of the flying experience improved for passengers. The use of mobile apps, baggage handling, gate staff and flight staff courtesy, ease of making a reservation, and website satisfaction were some of the most notable factors that saw a noticeable bump.

Weirdly enough, the ASCI predicts that customer satisfaction could go down in 2021 as the planes will get more crowded. In a sense, a faster recovery may come at the expense of worse customer service.

But hey, sometimes you have to pick and choose your battles.

What do YOU think about the ASCI’s predictions? Will customer satisfaction do better or worse in 2021? Reply to this newsletter with your predictions!

One MILLION Hotel Rooms Are Now Offered by Hilton

Let’s end today’s newsletter with a hint of positivity.

Hilton Hotels, despite its century-long history and facing the worst recession in history, has now added its one-millionth hotel room to its roster. This includes the 2,640 hotels that they have located all over the world and now helps them catch up to its competitor Marriott (1.4 million rooms).

CEO Chris Nassetta had this to say about the news:

“It has been a year unlike any other, but even in the face of incredible challenges, our team members and owners have proven that travel is an unstoppable force for good.

Thanks to their grit and determination, Hilton has made a difference in the lives of so many and positively impacted communities at a time when our hospitality is needed more than ever – and together we look forward to creating even more meaningful memories in the year ahead.”

All of this was thanks to their expansion into three key markets: South Africa, China, and their signature airport hotels. They may not be in the best position right now, but they most certainly will be when the pandemic is over and travelers yearn for the smell of a freshly cleaned hotel room.

Four rules to trade the CFDs like a pro

3 Careers for Those with an Economics Degree

4 Common Ways Hackers Steal Passwords (and How to Protect Yourself)