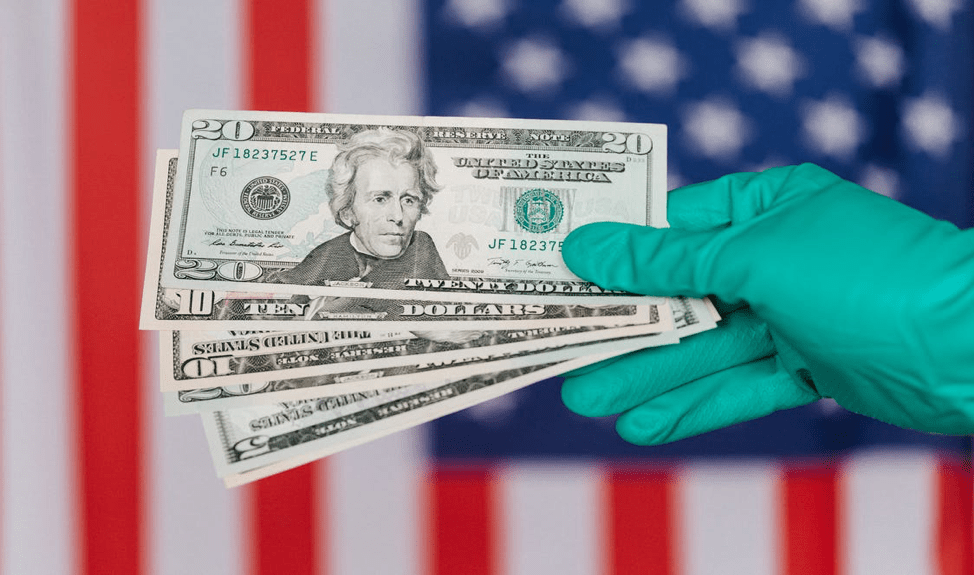 After months of inactivity and no definitive word out of Congress, a new $908 bipartisan bill for putting forth a second COVID-19 financial stimulus package has finally been announced to the world. It hasn’t officially passed Congress or the White House, but one of the major features is $17 billion in relief aid for US airlines.

And while this aid would only cover payroll support four months before a THIRD aid package would need to be provided to US airlines, shares of several airline companies jumped during yesterday’s trading session:

Why the shorter time period and the lower funds, you may ask? According to The Motley Fool, it’s a way to prevent further layoffs and furloughs in the tens of thousands:

“[The $17 billion] would give the new [Biden administration] time to reassess the situation and see how a potential vaccine rollout is going, before deciding if more funds should be approved.

…Assuming a vaccine rollout goes according to schedule, the airlines shouldn’t need any additional funds to avoid bankruptcies.

…The payroll assistance would allow the airlines to keep personnel on campus, trained, and ready to respond if demand bounces back faster than expected. It would also help management teams avoid potentially difficult conversations with labor unions.”

It’s great that the US federal government has FINALLY stopped delaying negotiations and given the airlines something worth looking forward to. It’s been an awfully long time since the CARES Act expired on October 1st, which gave these airlines full leeway in slashing as many jobs as possible.

But the real question remains as to whether or not the $908 billion in relief aid will actually be passed by the White House. To this day, we are still unsure if President Trump can legally prove his case for widespread voter fraud and assume the role of POTUS for four more years.

A Biden administration would likely be willing to get this bill immediately signed and release the funds ASAP, but it is unknown what actions a second-term President Trump would take.

So while the US airline industry has a shimmering glimpse of hope, it still requires them to have faith in something that has yet to materialize.

What do YOU think about the $17 billion potentially going to US airlines? Is it exactly what they need right now, or is there a better way to save the industry from total collapse? Reply to this newsletter and share your opinions with us!

How to Save the Hospitality Industry, According to Billionaire Jonathan Tisch

Who better to ask about saving an industry than the mega-titan billionaire who is responsible for providing tens of thousands of jobs within said industry?

Forbes recently interviewed Loews Hotels & Co. CEO Jonathan Tisch, whose company oversees 27 luxury hotels within Canada and the US. He also happens to be the chairman emeritus of the USTA (United States Travel Association), so you can bet it’s in his direct best interests for the hospitality industry to make a full recovery.

Here are some of the highlights from the interview…

“[The collapse] is worse than the aftermath of 9/11, the fiscal downturn in ’07/’08, the various storms… There is no business travel. There is no international travel. There are no group meetings. All of this makes it difficult for anybody to say that business will be better by such and such a date.

Many of the hotels and smaller lodging operations are owned, not by the biggest names in corporate America, but by mom and pops, by small businesses, and they’re having a very difficult time keeping up with their interest payments, paying the property taxes; paying the energy costs; paying other expenses related to a hotel.

… if we can get the [COVID] numbers under control, if the distribution of a vaccine is done in an efficient manner to all 50 states, and if there are liability protections put in through our elected officials, we think that by next summer, by Q2 or Q3, things should start to improve.”

His insights seem no different from the mainstream media’s narrative, being that the COVID-19 vaccine will be the big catalyst towards ensuring a recovery from the pandemic. Let’s just hope pinning our hopes on a single factor works out… because if it doesn’t, we’ll be on very thin ice.

After 9 Months of Inactivity, Royal Caribbean FINALLY Leaves the Port!

American cruise line company Royal Caribbean has been completely inactive since the start of the COVID-19 pandemic. For the past 9 months, they have kept all of their ships fully docked and have not carried out a single paid cruise.

But in what appears to be their first venture towards a seaside vacation, their Quantum of the Seas vessel has officially departed from the port of Marina Bay in Singapore as of yesterday. This is their first PAID cruise, which is distinct from the free “test cruises” used to ensure compliance with the CDC’s new safety guidelines.

Here are some of the changes that have been made to ensure the trip is as safe as possible:

It’s fantastic to see that Royal Caribbean is starting to get back on its feet. The real question, however, is whether people will derive the same enjoyment out of cruises as they once did before COVID-19 ever came into existence…

Very few people know this right now, but Mexico is one of the few countries in the world where US travelers are not required to take a COVID-19 vaccine or get tested for COVID-19 beforehand (this doesn’t mean that symptom checks and health screenings aren’t done).

In fact, flight reservations for flights going from US to Mexico are up 179% year-over-year. As of right now, it is the #1 international destination for US-based travelers.

This doesn’t please the Centers for Disease Control and Prevention (CDC), who is now advising all Americans to avoid all travel to Mexico where possible. In the even where Americans deny their recommendation, the CDC is advising all American travelers to get tested for COVID-19 before and after the flight, and self-isolate for seven days upon returning.

It’s probably because Mexico now has 1.1 million COVID-19 cases and over 100,000 COVID-19 deaths… the 4th highest death rate in the world thus far.

But Americans don’t care, and neither do the tourism companies in Mexico. Not only are more airlines opening up their flight schedules for additional trips to Mexico, but several areas of Mexico have also re-opened their tourism attractions.

If COVID-19 cases and deaths continue to rise in Mexico, it may be a matter of time before the CDC advises an outright travel ban on our southern neighbor…

85 Million Americans REALLY Want to Travel During the Christmas Holiday…

Now that we’ve seen record numbers of US travelers during the week of the Thanksgiving holiday, one has to ask how many people will be flying domestically or internationally for the upcoming Christmas holidays.

According to the “Holiday Travel Survey 2020” report released by travel outlet The Vacationer, it seems as if we’ll be seeing MORE record numbers for the final month of the calendar year…

If we take the number of individuals who want to travel during the Christmas holiday and extrapolate that to the entire US population, you’re looking at an estimated 85 million Americans who will be departing for warmer weather and – hopefully – an environment where they have to abide by fewer draconian lockdown restrictions.

Which leaves me with this question…

Do YOU intent to travel by airplane and take a vacation during the Christmas holidays? Why or why not? Reply to this newsletter and explain your decision!

The Rise and Fall of Both Bitcoin and Gold… Within Just One Day!

By far, the scariest part of investing into either Bitcoin or gold is how incredibly volatile both financial assets are. It’s enough for most investors to either dedicate extremely small part of their portfolios to either asset, or avoid touching them altogether in favor of traditional assets such as stocks, options, bonds, and so on.

Yesterday’s trading session was a perfect example of the type of volatility that would keep any investor wide-awake at night.

For Bitcoin, we saw the cryptocurrency reach an all-time high of $19,982 and inch so much closer to the $20,000 level… before it crashed and spent 2 hours falling by $1,600 to reach a low of ~$18,200 before gradually climbing back up to ~$18,900. Significant losses were also seen in other cryptocurrencies such as Ripple, Litecoin, and Ethereum.

But according to Roland French, an analyst at Davy Research, this downward movement was just simply more cryptocurrency investors selling Bitcoin to take profit out of the market:

“The price remains highly volatile and draw-downs can be sharp, but volatility is important for the asset to scale, seek price discovery, attract attention and education and over time this volatility should subside.”

We saw the exact opposite trend happening for gold, which managed to break through the $1,800 level and erase all of the losses incurred from last week.

This was likely caused by the US dollar reaching a new 2.5 year low, and a disappointing report from the Institute for Supply Management showing a decrease in the manufacturing index to 57.5% for November (from 59.3% in October, which was a 21-month high).

Then again… this is only ONE day of movement, and serves as a testament to whether long-term investors have enough patience and foresight to hold their positions. Like I said at the start, these instruments are not for everybody.

The Building Blocks Of A Successful Trading Business

How To Grow Your Dropshipping Business Through Video Advertising

How Do The Biggest Internet Companies Make Money