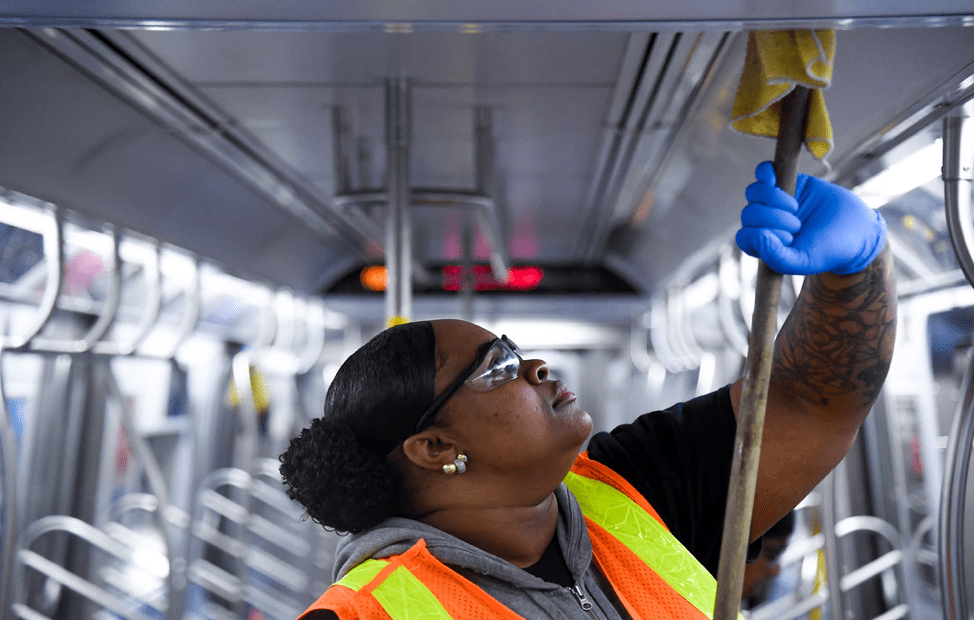 After several months of barring non-US citizens around the world from entering the country, the Trump administration is considering the idea of lifting its travel ban on several European countries.

The plan is to relax the restrictions on the following countries, with China and Iran nowhere the point of consideration:

This plan has approved by several health agencies and members of the coronavirus task force, but cannot go forward unless President Trump himself approves the plan.

It would certainly be an improvement over the current restrictions, according to travel magazine Travel + Leisure:

“Currently, non-US residents who have been in those foreign countries in the previous 14 days are not allowed to enter the country unless they are in certain categories, which include ‘humanitarian travel, public health response, and national security.’

Some business travelers, journalists, students, and investors and academics have also been allowed to enter, the report says. Before September, international travelers also had to come into the US through 15 designated airports and were subjected to enhanced screening.”

I find this initiative to be quite odd at first glance… while health officials are condemning people who travel domestically for holidays such as Thanksgiving, their tourism industry is in shambles and they are in desperate need of travelers. Not to mention how the COVID-19 pandemic as a whole is demolishing the US airline industry into pieces.

And if that wasn’t enough, we aren’t getting a reciprocal amount of treatment from Europe. Most of the countries there will not allow US travelers through their borders with some minor exceptions (e.g. Ireland, Britain, Croatia).

We are now coming back full circle to the fundamental issue that defined how countries responded to the COVID-19 pandemic when it started in March… do we prioritize the improvement of economic health, or individual health instead?

One would argue that the two are heavily connected and cannot be so easily isolated from one another, but politicians and know-nothing health experts have forced people to make a hard black-and-white decision between both outcomes.

But I want to know what YOU think about this rumored decision. Should the US allow non-citizens from Europe to travel to America, or should we go eye-for-an-eye and keep on banning them until Europe treats us equally? Reply to this newsletter and share your thoughts with us!

The Digital COVID-19 Travel Passport Is Fast Approaching Widespread Use

In the early stages of the COVID-19 pandemic, international airlines and travel organizations were already talking about the idea of creating a digital passport. One that would have your legal information, your medical information, and any pertinent information to COVID-19 tests and vaccinations.

Well, that day might soon be approaching us. According to a statement released by IATA (International Air Transport Association), the “COVID-19 Travel Pass” is in its final stages of development. And when released, it will be free to use by governments and passengers (airlines will have to pay a small fee every time a customer uses the passport).

On top of showing border security personnel the necessary information, it will also help passengers become familiar with the COVID-19 rules for their destination – sites for getting tested, updated restrictions, where to get vaccinated, and so on.

IATA CEO Alexandre de Juniac had this to say about the news:

“Today, borders are double-locked. Testing is the first key to enable international travel without quarantine measures. The second key is the global information infrastructure needed to securely manage, share and verify test data matched with traveler identities in compliance with border control requirements. That’s the job of IATA Travel Pass.”

It’s part of the IATA’s ongoing mission to have restrictive quarantines completely replaced by universal pre-flight and post-flight testing for COVID-19. In turn, this should hopefully lead to an increase in passenger volume and the eventual recovery of the global airline sector.

Let’s see how this develops, as my gut instinct says we’ll have an endless slew of customer complaints about data privacy and security when the COVID-19 Travel Pass gets released to the public.

While the previous story was a positive development from the International Air Transport Association (IATA), it also came alongside some bad news.

According to their current projections for losses suffered by airlines worldwide…

Once again, Alexandre de Juniac, director general of IATA, had some comments about this pessimistic outlook on the immediate future of the global airline industry:

“[Our projection] underscores challenges still facing the sector despite upbeat news on development of COVID-19 vaccines, whose global deployment will continue throughout next year… The positive impact it will have on the economy and air traffic will not happen massively before mid-2021.”

The sad part is that pro-vaccine zealots will use this data as justification for enforcing mandatory COVID-19 vaccinations on travelers. But based on what I’m seeing, I can promise you that this unjust ruling will do far more to damage passenger volumes in 2021 than the coronavirus itself…

Hotels have NOT had it easy during the COVID-19 pandemic. But to their credit, they’ve aggressively done everything possible to improve the customer experience for “the new normal” instead of throwing in the towel and calling it quits.

But despite this setback, they were able to achieve cost savings of 36% without eliminating any jobs. CEO Puneet Chhatwal was recently on Bloomberg Television to discuss some of the other changes made…

“A lot of hotels went into home delivery of food, as restaurants in Asia were always full. Other services from laundry to hampers… the day-to-day needs fulfilled by hotels were actually brought to your home.

COVID-19 made us realize how less can be more, and that’s helped a lot. In the smaller players, a lot of jobs were lost. In the more organized sectors, larger companies have done well. We have not laid off any permanent staff or not taken on any cuts. But some companies like ours with a very large group pipeline of hotels, have been able to redeploy staff and executives

When you move away to touchless service, more digitalization in place, there are many things you stop doing… which help you reduce costs. Some of those are part of the standard operating procedures as laid out by the WHO.”

Fantastic stuff! Expect to hear more of these types of initiatives being taken on by American hotel chains (assuming they are smart enough to wise up).

Iceland Will Let You Stay For Six Months, But Only if You Make $88,000 Per Year

Iceland is eager to restore its tourism industry, considering that it took a 79% hit so far this year and usually accounts for 42% of the country’s financial well-being.

So in order to get more tourists outside of the country traveling again, it has relaxed its travel restrictions to allow Americans to stay for six months via a long-term visa program. Prior to this announcement, anyone living in the European Schengen area was allowed to get this visa.

But as with all of these fabulous opportunities for working remotely around the world, there are a few criteria you have to meet. Bloomberg reports on the most important one, which is that you have to make a minimum of $88,000 per year:

“To be granted permission for an extended stay, the person in question must demonstrate an employment relationship with a foreign company (or verify self-employment in the country where they have a permanent residence) and meet the income and health insurance requirements.”

The message being sent by Iceland is very clear… “we only want professional workers who can self-sustain themselves with a high income, and stimulate our economy without taking any existing jobs away from us.”

What do YOU think about Iceland’s decision to allow well-off Americans to stay? Is their income requirement reasonable, or is it too high? Let us know what your thoughts are by replying to his newsletter!

While tech companies can get away with committing financial murder in the United States, European countries such as France aren’t having it. According to breaking news from Reuters, the finance ministry of France is letting Big Tech know that their invoices are due in December.

The tax itself is relatively simple, and arguably a drop in the ocean for the tech monoliths: Any company with revenues of over €25 million in France and €750 million worldwide have to pay 3% on “revenue from digital services earned in France.”

It turns out that the tax was supposed to be collected much earlier in 2020, but delays in negotiations at the Organization for Economic Cooperation and Development for establishing international tax rules caused France to halt their initiative.

What I found most interesting was that a potential President Biden has agreed to such a deal, which didn’t make sense to lawyer Dan Neidle of Clifford Chance: “I’m not sure why Biden would agree to something which enables US corporations to pay more tax in Europe and has not many benefits to the US.”

Maximizing Your Productivity from Home