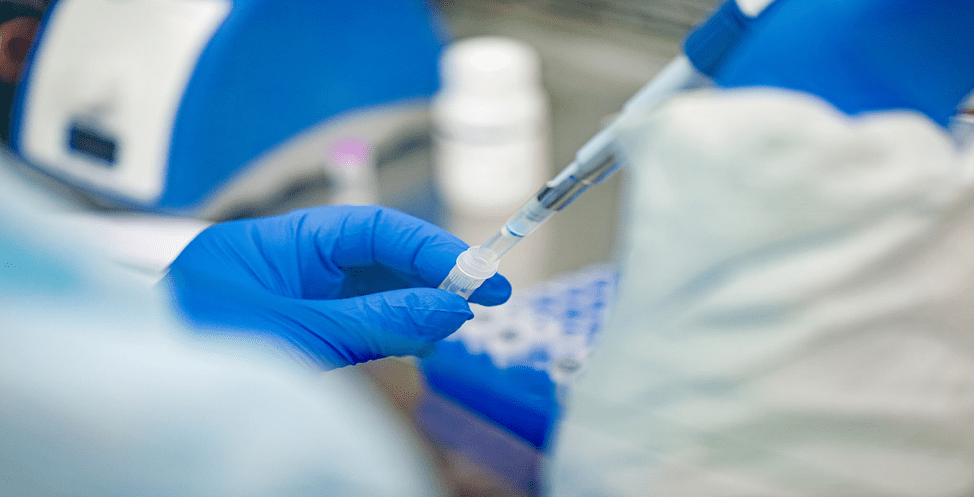 In recent news, several airlines have made a pledge to make COVID-19 vaccinations mandatory for flying.

The first company to make the announcement was Australian airline Qantas, who said the rule is non-negotiable and applicable to all international flights. This was followed by support from Air New Zealand and Korean Air, whose spokesperson Jill Chung said “Governments are likely to require vaccinations as a condition for lifting quarantine requirements for new arrivals.”

As you can imagine, this caused a major uproar amongst Australians, who are now on social media proclaiming their boycott of Qantas. In their minds, it is borderline fascism to force passengers to inject a vaccine whose long-term safety is still unknown to the general public.

It got to the point where UK-based tour operator Tradewinds Travel made a statement about the Qantas announcement:

“On 23rd November 2020, following the statement from Qantas that they would not allow passengers on their flights without a vaccination for COVID-19 we decided as a company that we would no longer offer Qantas flights to our customers.

…we feel that bodily autonomy with regard to medical intervention is a personal choice and not something to be forced onto people by businesses. We are not anti-vaccination but we are pro-choice. There is a huge difference between coercion and making a free choice.

We do not want to see the spread of COVID-19 anywhere in the world, but never before in the history of aviation has there been a requirement to have an injection before boarding a plane.

If Australia as a nation makes the decision to not allow entry to people without a vaccination then that is within their rights, and people can make an informed choice as to whether they wish to visit the country. But it is not up to an airline to enforce this upon customers.”

As you can imagine, this post got a LOT of engagement on Twitter. Some people were applauding Tradewind Travels for their decision to respect the autonomy and freedom of the individual passenger.

Other people were not as supportive of this decision, stating things such as “all the anti-maskers and anti-vaxxers spreading germs can be on a different flight to me as I book my Qantas seat.”

Although I’ve long-had the thought that every single airline would be on board with mandatory COVID-19 vaccinations, it looks like I was wrong (for now). If this ends up being a 50/50 split, there will be a clear war between pro-vaccine and pro-choice travel companies. And there’s no telling how that battle will end.

What do YOUU think about Tradewinds Travel’s decision to boycott Qantas and remove them from their services? Was it the right decision or the wrong one? Reply to this newsletter and share your thoughts with us!

Three years ago, Bitcoin reached the $19,000 level. It has been a VERY long time since Bitcoin has traded near that price and crypto enthusiasts have long wondered about the future of the famous decentralized currency.

But as of yesterday, it appears as if Bitcoin is JUST above $19,000! of the main factors for this rise, according to CoinTelegraph, is the formation of whale clusters (i.e. really rich people buy Bitcoin at a specific price point and their purchase doesn’t move the price).

This is usually a sign of returning to a prior support level, and this time, it appears as if Bitcoin’s rising surge over the past two weeks is more sustainable than the prior rallies.

Add on PayPal’s to fully support cryptocurrencies and the uncertainty of where the American economy is headed in the future, and there is good reason to believe Bitcoin will keep going up. It might even reach its all-time high of $19,783 achieved in December 2017 by the end of 2020!

Gold, on the other hand, isn’t doing so hot. Its value has declined for the past two days and it is now sitting at around $1,808 per ounce, reaching a four-month low that we haven’t seen since July of this year.

In a weird way, the COVID-19 vaccines being 90% effective and the possibility of a second stimulus package soon coming under a Biden administration is music to the ears of gold bears.

I can’t make much more of this news, or explain why Bitcoin and gold are going in seemingly opposite directions, but it was rather interesting to see!

After a disastrous year for the oil and gas industry, it turns out that oil prices are steadily increasing.

They are very close to being priced at $47 per barrel, clocking in at a high $46.72 during yesterday’s trading session in the Asian markets. Not only is this price the highest we’ve seen since March, but it’s also possible that November 2020 will be one of the best-performing months for oil in decades (+24% so far).

Two factors are largely responsible for this rise…

The obvious elephant in the room is the COVID-19 vaccine. Several of them, in fact. With the average effectiveness rate clocking at around 90%, it’s a sure sign that the world economy will return to some level of normalcy. And with that comes a higher demand for fueling cars, buses, trains, airplanes, and other vehicles and machines reliant on gas.

The less obvious reason behind the rise in oil prices has to do with the market being heavily undervalued, as renewables are now the #1 topic of discussion in the global energy sector. Even though several countries want to become emission-free by as early as 2030, we still have a solid decade of dominance by oil.

So don’t be so quick to sell your gasoline-powered car for a new Tesla just yet!

As much as I hate to say it, New York City is becoming a bigger sh*thole with each passing day. On top of increasing crime rates, you also have an incredibly incompetent mayor who is on a mission to make the lives of NYC residents as miserable as possible.

Mayor Bill De Blasio has officially installed “COVID checkpoints” across the city. This may sound innocent at first glance, but let’s dive deeper and see what’s really going on:

As you can imagine, people are lining up in droves to get tested before they depart for the holidays. This has greatly angered local health officials and has caused them to “warn” us that a negative test result does not exempt you from taking precautionary measures to avoid the spread of COVID-19 (social distancing, face masks, etc.).

For the NYC residents reading this newsletter… unless you absolutely have to travel or cannot resist the urge to do so, stay home. There’s no telling how draconian the city will get with its COVID-19 rules and restrictions.

Americans Can Now Travel to Thailand… but Only for 60 Days

Thailand has taken a no-holds-barred approach to travel restrictions during the COVID-19 pandemic by preventing all foreign travelers from crossing their borders.

But in an apparent sign of relaxing said restrictions, any tourist from the United States can now visit Thailand. This is all thanks to new rules and guidelines set forth by the Tourism Authority of Thailand.

However, it’s not as glamorous as you think it may be:

On the positive side, it won’t be a complete snoozefest at these specially designated hotels. Some of the reported amenities include COVID-19 testing, 24-hour access to nurses, meals, and much more. Not to mention the tourism packages offered by the Tourism Authority of Thailand once your quarantine is over.

Not a bad deal, but I’m not exactly enthusiastic about it. I’d rather sit by and wait until 100% of the restrictions are lifted, because Thailand just isn’t as fun when you can’t explore the city freely.

With several countries around the world offering one-year travel visas to remote workers, some countries are starting to offer these same kinds of deals for their own residents.

The city of Tulsa, Oklahoma, is apparently starting to cash in on this trend via the “Tulsa Remote Program”. And as with any grand opportunity such as this one, you do have to qualify:

You must be eligible to work in the US and be 18 or older, and your profession must allow for full-time remote work. A maximum of 250 entrants will be allowed this year and finalists will have to pass a video interview before being admitted to the program. And this goes without saying, but you have to live within the confines of Tulsa for an entire year.

(FYI – officials claim the retention rate of The Tulsa Remote Program is 97%, which should tell you something about the high quality of life within the city)

But if you get in, you’ll receive numerous perks:

I’m curious to know: Would YOU take up Tulsa on this $10,000 offer? Why or why not? Reply to this newsletter and voice your thoughts!

Buying a Home in Trust

Talk to your parents about their retirement plans — sooner rather...