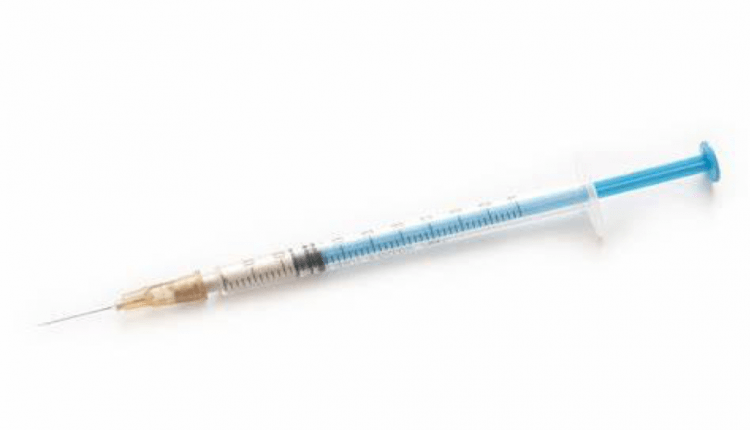 The biggest fear of the COVID-19 vaccine isn’t the government enforcing it. They won’t even have to lift a finger as the world’s multinational corporations take it upon themselves to create restrictions around the vaccine.

Entertainment venues, private businesses, and even airlines will be the first ones to use the vaccine as a barrier for denying customers who are deemed to be “unsafe.”

Case in point: Qantas Airways CEO Alan Joyce was recently interviewed on A Current Affair, a popular news program in Australia. And on the subject of the COVID-19 vaccine, he had this to say:

“We are looking at changing our terms and conditions to say, for international travelers, that we will ask people to have a vaccination before they can get on the aircraft… I think that’s going to be a common thing talking to my colleagues in other airlines around the globe.”

This was a huge shock to travelers worldwide, especially those who rely on Qantas for international flights. Before this interview, it was widely known that the airline would not resume flights to the United Kingdom and the United States without a vaccine.

Now that we have THREE COVID-19 vaccine candidates with a 90% effectiveness rate, and establishments such as TicketMaster talking about a system where people have to provide proof of vaccination before buying tickets, Joyce may be right about the future.

However, it makes you sit down and ponder how this trend will affect the ability of the individual to exercise free choice and decide what is best for their health.

The level of skepticism around the COVID-19 vaccine is unprecedented, regardless of your overall stance on vaccines. One year is an extraordinary amount of time to fully develop a vaccine, but far too little time to iron out all the bugs and flaws. We don’t know if the vaccine will have unwanted side effects months – or even years – after taking it.

And to all the dummies saying “airlines are a private company and can do whatever they want,” the solution isn’t simply the boneheaded take of building your own airline. What Qantas has done is grant unwritten permission to airlines worldwide to impose a similar restriction on their passengers.

Unfortunately, this is the future we are now contesting: No vaccine = no travel.

What do YOU think about Qantas Airways’ announcement regarding mandatory COVID-19 vaccination for international flights? Are you for it or against it? Reply to this newsletter and share your thoughts with us!

The Centers for Disease Control and Prevention (CDC) recently recommended that all Americans should avoid traveling for Thanksgiving. Daily cases are through the roof, it’s not safe to be on a plane right now… blah blah blah.

But if you look at the data from the Transportation Security Administration from last weekend, it’s apparent that people are ignoring these recommendations. Friday, Saturday, and Sunday saw over 3 million passengers being screened, making them the busiest days since March of this year.

Despite the seemingly mass level of disobedience, all of these passengers complied with current travel restrictions and got tested for COVID-19 well in advance of their flights. And apparently, they’re willing to deal with the travel restrictions of whatever domestic destination they were visiting. Looks like the desire to stay with one’s family (or escaping them) really conquers all!

Some airlines, such as American Airlines, are increasing the number of flights they are offering this week in light of the Thanksgiving holiday. It’s not a direct endorsement or disavowal of travel, but simply letting people do whatever it is they were going to do anyway.

On Thanksgiving Day, Pennsylvania Is Banning Alcohol Sales at Bars and Restaurants

In the state of Pennsylvania, you are currently not allowed to consume alcohol at a bar or restaurant past 11pm. By midnight, alcohol will no longer be possible to purchased by hospitality guests.

But Governor Tom Wolf has put forth a new restriction for the upcoming Thanksgiving holiday on November 26th: All sales of alcohol in bars and restaurants have to shut down by 5pm, and will not be permitted to resume until 8am on the very next day. And of course, as a politician, he had to chime in on why he made his decision:

“It turns out the biggest day for drinking is the day before Thanksgiving… I don’t like addressing that any more than anyone else does but it’s a fact. When people get together in that situation, it leads to the exchange of fluids that leads to the increase in infection.

So this is one of the many steps we’re taking to say: if we all do this together, we’re going to defeat this virus. That’s what we should be focusing on, not whether we want to get a transitory benefit from going out with friends the day after tomorrow and have some drinks. Let’s forgo that, this one time. If we do that and all those things… we can go to bars anytime we want.”

As you can imagine, this did NOT sit well with restaurant owners who are already struggling to stay afloat. Thanksgiving is the one night where the increase in sales can help them survive for just a bit longer, and depriving them of holiday sales isn’t doing anybody any favors.

In spite of following COVID-19 rules to the letter and extensively training all their staff members, they still get f*cked by the government. And politicians have the nerve to wonder why there’s such a massive level of distrust between them and the people they rule over…

Travelers to the UK Will Have to Quarantine for Five Days, Not Fourteen

During the course of the COVID-19 pandemic, the United Kingdom has maintained some of the strictest rules in the world for foreign travelers.

The most notable rule was that all incoming passengers had to isolate themselves for fourteen days before being allowed to roam the streets. But thanks to a relaxation of this rule by the government, that time period has been reduced to just five days.

And as of December 2nd, the rules are quite simple: Once you arrive, you quarantine for five days. When the quarantine is over, you immediately get tested for COVID-19 (naturally, you’ll have to cover the £100 fee). If your test results are negative, which you’ll know about within an hour of the test, you are free to go!

According to one source who spoke with The Daily Mail, this is an initiative to boost travel and recover some of the losses endured by the country’s tourism sector:

“We are keen to get people flying again when it is safe to do so, and the Prime Minister is particularly concerned about the impact we have seen on business travel… Cutting the quarantine time from 14 days to five has the potential to make a huge difference.”

No further word on which destinations will be a part of testing out this new rule, but at least the quarantine hasn’t gotten more restrictive. And for what it’s worth, it’s certainly better than refusing to quarantine and paying a fine of £1,000!

British Airways Is Selling Off Every Leftover Item in Stock

In the same way that people sell off their valuable household items during times of financial hardship, British Airways is doing the same with its leftover stock of miscellaneous items.

Whether you want to buy towels, drink trolleys or serving trays, this UK-based airline is hosting a MASSIVE auction for every single item they are no longer using. It’s the only way they know to make up for the serious financial turmoil they are facing:

On top of preparing for a lighter flight schedule, this auction is a way for British Airways to make room for new equipment they will start using in the near future. All in the name of adapting to the flight conditions brought about by COVID-19 and the ensuing changes that will come about.

So if you’re someone who’s interested in buying aircraft memorabilia, and flipping it for hundreds of thousands of dollars in profits a few years from now, this is your golden opportunity to get your hands on some soon-to-be-valuable items at bargain prices!

To wrap up today’s newsletter, let’s talk about something more upbeat…

Luxury linen company Tielle Love Luxury is offering travelers the job opportunity of a lifetime: There are a bunch of luxury five-star hotels in the UK whose beds need some serious testing. Your responsibility is to spend the night sleeping in them and report on your experience. Hotels that are part of this line-up so far include the Grantley Hall in Ripon and The Savoy in London.

After making your own travel arrangements, here is what your salary will be per hotel: A base pay of $1,322 USD, $661 USD for travel expenses, and all of your hotel expenses fully covered.

Applicants will be accepted between now and December 10th, with the winner being announced on December 20th. All you have to do is visit their website, fill out a small application, and persuasively explain why you’re the best candidate for the job.

I’m curious to know: Is this YOUR dream job as an avid traveler, or did you have something else in mind? Reply to this newsletter and let us know what your ideal traveling job would be!

6 Ways to Make Your Dream Vacation a Reality