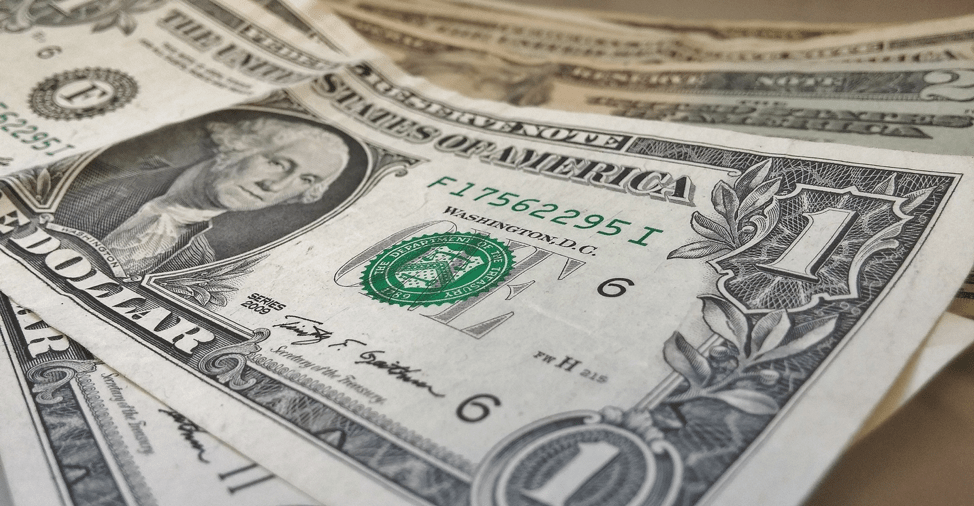 This will prove to be some extremely juicy intel for forex traders who specialize in holding long-term positions spanning several months, so listen up!

Many of the big banks – Citi especially – are forecasting that the US dollar could fall as much as 20% in 2021 due to the widespread distribution of the COVID-19 vaccine. In their mind, the dollar tends to go up during times of economic stress. Thus, since the vaccine should logically do the opposite, the dollar is projected to go down.

Keep in mind that the US dollar index measures the value of the US dollar in relation to six other currencies. It has already fallen by over 4% this year alone, while the Australian dollar is up by more than 4% and the Euro has seen a 6% gain this year.

“Vaccine distribution we believe will check off all of our bear market signposts, allowing the dollar to follow a similar path to that it experienced from the early to mid-2000s… Can the dollar decline 20% next year alone? We think yes.

Even if the US economy performs quite well, we think the dollar can weaken substantially as investors look for higher returns outside of the US and exit the safe havens that they have been in throughout the COVID period.”

Should their “20% drop” hypothesis hold true, it would be the largest decrease since what we saw in 2001. Even though the record is 33%, it took many years for this decline to fully manifest itself.

On the positive side, this news implies that 2021 will be the time to expand and put some riskier positions to work. As the American economy returns to a brand new normal, one that will be markedly different from what we perceive to be a pre-2020 normal, stability will return and hopefully we can start to make up for some of the losses suffered in 2020.

But this assumption relies solely on the COVID-19 vaccine doing what it intends to do. In other words, not only does the vaccine have to be 95% effective as reported by Moderna and Pfizer for their respective candidates, but ideally it should have the same level of safety.

God only knows what will happen if people start having some seriously adverse reactions to the vaccine, or if it can’t be delivered to the majority of the American public quickly enough.

What do YOU think the COVID-19 vaccine will do to the US dollar? Will the dollar end up going down in 2021, stay still, or go up? Reply to this newsletter and share your predictions with us!

The CDC LOVES Flip-Flopping on Its Cruising Recommendations…

The cruise line industry now has a new enemy to defeat: The Centers for Disease Control and Prevention (CDC).

Now… they seem to be going back on their word, making the following recommendation: “…all people avoid travel on cruise ships, including river cruises, worldwide, because of the risk of COVID-19 on cruise ships is very high.” This places cruise trips under a Level 4 categorization, which is a fancy way of saying, “Don’t do it!”

So in their eyes, you should avoid cruising if you’re a healthy individual, and you should especially avoid it if you are a high-risk individual. The CDC even made the following recommendation for the daredevil risk-takers:

Just another day of bad news for the cruise line industry. Even though most of them have voluntarily suspended their operations until the start of 2021, you have to wonder how long this Level 4 recommendation will hold…

WHEN Should You Book a Flight for the Cheapest Deals Possible?

The age-old question asked by every single traveler no matter their experience level. Beginners are clueless as to what they should do, and experts are constantly seeking the next best “hack” for spending as little as possible on their flights.

Travel magazine Travel + Leisure just recently wrote up a list of recommendations, which somewhat change depending on the type of flight you are booking…

During the COVID-19 pandemic:

What do YOU think about these recommendations? Does your experience agree with what they have to say, or have you noticed something different? Reply to this newsletter and let us know!

During a time of contraction and cutting costs, Southwest Airlines appears to be going the opposite route and expanding their flight network.

Here are just a few of the things they are reportedly doing in recent times:

While some see this as an early move ahead of a potentially inevitable trend in the aviation industry, others see this as predatory in nature. But unlike the other airline companies, Southwest has a much healthier balance sheet and can consequently afford to make this riskier move.

Whether it will end up paying off in the long run is another question altogether. Southwest may be a low-budget airline, but it has a much higher cost structure than fellow competitors Allegiant and Spirit. For their sake, I just hope they know what they’re doing…

A Very Restricted (but Hopefully Happy) Christmas in the UK

In light of the punitive lockdown restrictions placed on the United Kingdom to spread the transmission of COVID-19, authorities are temporarily relaxing said restrictions for the Christmas holidays.

According to The Telegraph, up to four households can mix together at once between December 24th and December 28th. Once that small time period is up, the country will return to a tier-based lockdown system that imposes restrictions based on how wide the spread of COVID-19 is in a given area.

But as with any of these temporary relaxations, there does come a caveat: “Families must decide on their extended bubbles in advance and will not be able to mix with anyone from outside that bubble during the festive break.”

More details will be announced later this week, but this is a fair warning to any of our readers residing in the UK: Pick your households right now and don’t procrastinate on making you holiday plans!

Some Countries Have Banned ALL Travelers During the COVID-19 Pandemic…

The COVID-19 pandemic has been revealing with respect to how countries have chosen to respond. There has been some ongoing balance between locking down and freeing up the borders for domestic and international travelers, but some countries have decided to keep their doors locked altogether.

CNN is currently keeping an up-to-date list of all the countries and cities which belong to the latter category, some of which include popular tourist destinations. We can’t list every country here, but at the very least you can see which major countries have not allowed a single tourist inside since March:

Really sucks to be an international tourist in 2020, but this doesn’t mean there are other places you can’t visit. But on the bright side, this means you won’t have to overthink and endlessly ponder over the available options!

CureVac Started the Day Worth More Than Novavax. Then Its Vaccine...

The Relationship Between the U.S. Stock Market and Japan

Indian Billionaire Loses More Money This Week Than Anyone Else in...